What’s the difference between chiropody & podiatry? 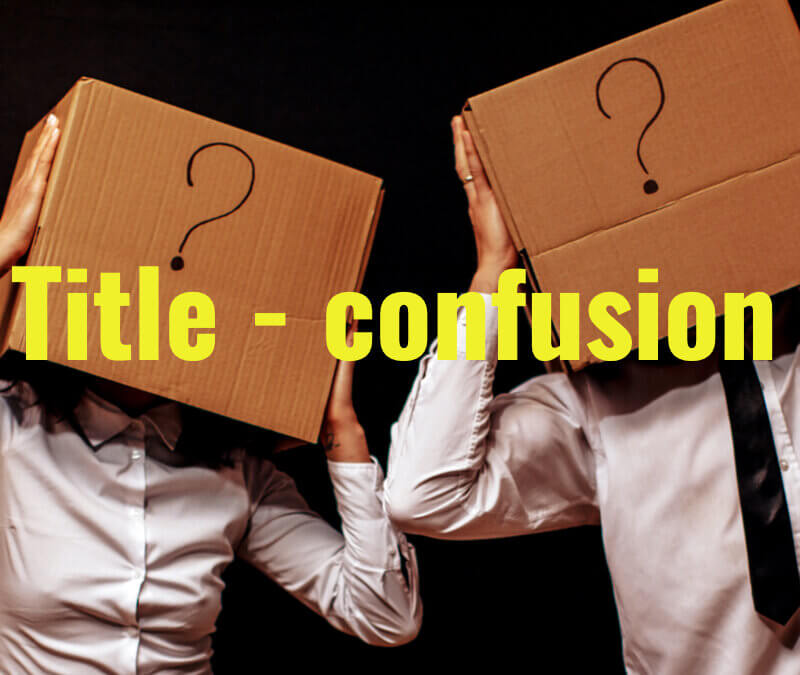 There is no such course in the UK

Two leading organisations promote podiatry for professional members. The Royal College of Podiatry and The Institute of Chiropodists & Podiatrists. The question frequently asked is, what’s the difference between chiropody and podiatry? We must come out with the honest answer, perhaps unpalatable to some, obvious to others. Fact is the only value behind the solution.

In 1988 degrees in podiatry replaced diplomas in chiropody. Of the 11 Universities offering a degree in podiatry or BSc (Podiatry) today, none offer chiropody; the subject is not called chiropody but podiatric medicine or podiatry. The Royal College of Podiatry (RCP) finally changed its name to a Royal College from College in the summer of 2021. The College emerged some 20 years ago from The Society of Chiropodists. After the degrees came online, The Society of Chiropodists & Podiatrists tried to shift its name to one designated title. Members fought to keep chiropody until ‘The Society’ decided to rebrand into ‘the College’.   The Royal College is the primary educational body that works with the Health & Care Professions Council (HCPC) to assure standards. The Institute of Chiropodists & Podiatrists admits a broader membership to its organisation. While the RCP only caters to registered podiatrists and supports foot care assistants, the Institute (IOCP) has a wider remit. It supports podiatrists and Foot Health Practitioners, the latter not being formerly registered through the HCPC. Foot Health Practitioners provide, de facto, a service akin to chiropody.

It is easy to see the dilemma, being one associated with the title. I have picked up the issue of title in my book Selling Foot Health as Podiatry. Until now sensitivities have emerged to suggest chiropody is the same as podiatry but represented as a joint representation. The truth is that this is not the case today, and the time has come to make it clear that a change in strategy is essential for career recruitment.

Around 1998 the RCP, then as The Society of Chiropodists & Podiatrists, awarded Diploma of Podiatric Medicine (DPodM) to all chiropodists who had trained and had no degree. The almost unbelievable status was that although chiropody was a three-year full-time course with discretionary grant aid, the only recognition between the 1960s and 1980s was state registration or SRCh. State Registration was the gold standard as it came with validation from the Council for Professions Supplementary to Medicine (now the HCPC). Membership qualification called post-nominals (usually degrees such as BSc) relied on the various bodies to issue these either as a member or fellow. The latter qualified title required an examination. In the case of ‘The Society’, this was M.Ch.S or F.Ch.S. Many who trained before degree courses came into being continued to use both titles.

Naturally, having earned a qualification, and the DPodM, at least represented a belated post-nominal that offered some recognition of three years of complex study, but meant many did not wish to relinquish the title chiropody. However, there is a form of naivety amongst many because the DPodM post-nominal provided them with a conversion to podiatry without regulated or mandatory pressure to drop the word chiropody. Additionally, politics played a role in the maintenance of the title chiropody. The HCPC uses the two titles even to this day within the registered for Allied Health Professionals, partly because there is a fear that the title was unprotected, and it would lead to others who were unregistered using the same name, adding to the confusion. If you were to talk to older professionals keen to keep the title, the argument is that patients would not understand and be confused. Of course, this is misleading and insults the public. Changes to titles do arise from time to time as we know; from Opticians to Optometrists, Chemists to Pharmacy. Many medically qualified professionals suffer similarly – psychologists versus psychiatrists. The former may hold a Ph.D. – doctorate, but the latter is a medical doctor.

Foot health practitioners (FHP) provide an excellent service to the public. However, many feel concerned that FHPs confuse the public, yet podiatrists offer an emerging and different service. Of course, the two are different, but in fact, FHPs do provide what was known as chiropody, a thought that would set light to the firework no doubt to arouse some in the UK podiatry world. At the time of writing, five key organisations are hammering out the idea that there should be a better career pathway for all avenues of foot care. When podiatry in the NHS is failing to deliver a service for foot health management, dialogue is required. Even the independent sector cannot provide timely appointments, not least after the pandemic of 2019-2021. Foot-related problems associated with medical health have been missed and include skin cancers and cases of new diabetic disease.

The first is first aid maintenance of essential comfort. The second is foot health and medical management of the foot related to the whole body.

Bachelor of Science in Podiatry

A podiatry degree course involves reducing the content that once gave chiropody pride as a practical course. The hours of customised dressings and appliances changed with the emergence of a broader range of over-the-counter and online products.  Podiatry looked at the evidence behind why some aspects of foot health care worked, and others failed. The science of human motion applied with physics became the staple part of the new course, although it was delivered in the latter DPodM studies. The structure of medicine and physiology was enhanced with better pharmacological knowledge, and access to drugs usually limited to medical prescription has developed and continues to develop. By the mid-eighties, the diploma course had already engaged in much taught today on a degree course but without the depth of science. Those still in practice after 40 years might well desire to retain the title chiropody, while those with degrees are less likely to be enamoured to hold an outdated and outmoded impression often associated with the elderly. Nothing could be further from the truth as podiatry offers a service from the cradle to the grave. Even babies can have foot problems.

As a marketable product, chiropody perhaps behaves within commercial ideals. As a result, it inevitably is mixed up with pedicure, a form of cosmetic approach that overlaps with podiatry in as much as bulky skin cells called keratin cause discomfort. For others, this bulky skin tissue (nail and skin) is unsightly. Podiatry, of course, will manage keratin but takes the view that there is a cause. This may have associations with deformity and shape, excessive harmful pressure deeper within the tissues from bone to tendon, muscle to fat, and skin.

Podiatrists look at the foot as part of the lower limb and body and are concerned with the overall well-being of their patients. From bodyweight gain affecting mobility and nutrition to assessing blood pressure and blood flow. Heart abnormalities can be detected through listening to pulses and the quality of flow. Limb salvage is of primary importance. Restoring function to both the foot and joints higher in the body is essential. A poorly functioning foot can make a difference in how we exercise. It affects how jobs and occupations can be conducted. Loss of time from work has a significant impact on the economy. Mental health is affected by pain and failure to remain functional, whether at home or elsewhere. Reliance on services such as prescribed medications can be eliminated by overall foot health management and multi-disciplinary connections. Podiatrists are medically trained. They make up the medical workforce and can provide a more comprehensive service than that represented by chiropody. Chiropody came from a time when it was accepted that only the superficial structures of the foot were allowed if the profession was to remain independent without outside control. With the advent of local anaesthetics in the eighties, this changed, and podiatry started to follow the USA model of the doctor of podiatric medicine (DPM).

Today the modern podiatry clinic bears little resemblance to the chiropody service of nearly half a century ago. Professors manage educational institutions in podiatry, and many hold doctorate Ph.D. level post-nominals. Chiropody all but in name still exists. From 1983 the HCPC was empowered to prosecute those stating they were podiatrists or chiropodists without formal registration. There is a case for registration for anyone providing treatment where scalpels and sharp instruments can penetrate the skin. Our ideals about cross-infection and causing harm have reached high levels of everyday practice. For the time being, Foot Health Practitioners remain outside this framework. Maybe in time, they can be accepted as an essential part of the service allowing podiatrists to deal with the science of foot and medical and surgical management. Australia is the only other country alongside the UK with an advanced foot health career service within the English-speaking world outside the USA, which has a mature highly developed medically integrated care system. South Africa, New Zealand, and Canada still lag behind, while in Europe Spain remains the only country close to the UK in providing a broad-based service.

A career worth persuing

For those wanting a career in podiatry, the depth and breadth of opportunity are not only impressive but continue to develop rapidly. Following the pandemic brought about by Covid-19, medicine is failing to deliver many areas of health. The shortfall and new recruitment announced will take many years to reach any deliverable value and as such remains a political peacekeeping tool. Meanwhile, as GPs start to retire before their official retirement, a vacuum will be created. This vacuum can be filled to some extent by many professionals, and in part by podiatry upskilling. The dependency on an effective medically-based lower limb service is essential and podiatry can offer this, leaving much of the regular work to foot health practitioners who in many ways provide the concepts of the golden years of chiropody. In 2019 The Times stated that “…the contribution to the country (provided by podiatry) must not be underestimated.” Need one say any more?

The editor has written to the HCPC and members of Parliament to clarify why the register continues to use two titles, chiropody being irrelevant in today’s health care market in the UK. Read more about the replies by following consultingfootpain. More will be published once CFP has had a response.

Thanks for reading ‘What’s the difference between chiropody and podiatry?’ by David R Tollafield

Read his latest books  – ‘Podiatrist on a Mission’ and ‘Foot Health Myths, Facts & Fables’ available from Amazon in paperback and e-books and published 2021. You can also sign-up on the landing page of Consultingfootpain to receive a free copy of Foot Health and receive regular updates