Book Review Podiatrist on A Mission 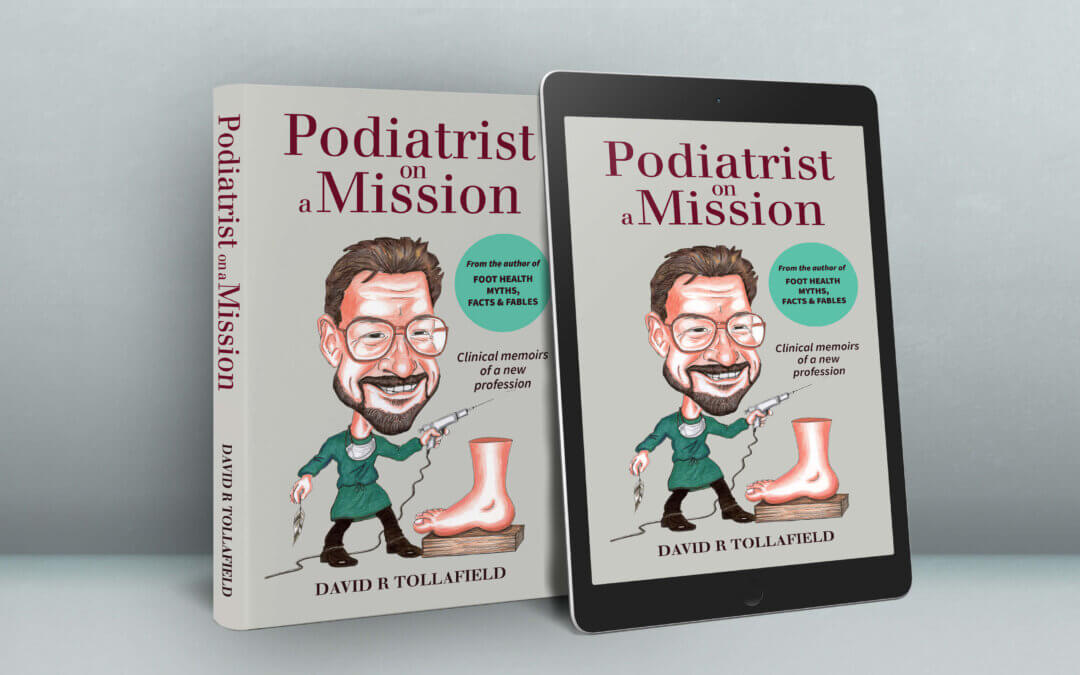 Book Review Podiatrist on a Mission

Book review Podiatrist on a Mission is received with great pleasure from Alan who writes for ConsultingFootPain this month. Here is the advanced notice of publication set for March. The final cover has yet to be revealed. The paperback will be available initially and a e-book will follow shortly after. For many years I have tried to figure out how to write about a profession I came to love dearly and respect. I hope this book is of interest to one and all.

The picture, the ‘five bottles’ was kindly provided by podiatrist Susan Beattie from her grandfather. Ed. David Tollafield 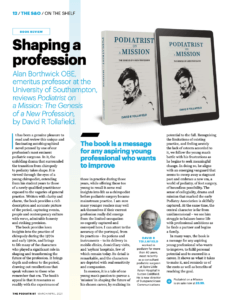 Alan’s article is published in The Podiatrist for College Members https://cop.org.uk March 2021

Few works, academic or otherwise, have attempted to bring to life the period of intense change that occurred in the late 1970s and early 1980s, signalling the shift from ‘chiropody’ to ‘podiatry’.   Adopting an autobiographical approach woven into a novel, the author has created an account of those heady days with real vivacity and colour, conveyed with searing honesty.  For anyone who lived through those years as a student or qualified chiropodist, this account will revive memories of the realities of practice from that time, and will no doubt mirror many of their own experiences. Its handling of detail is acute, and it evokes with intense clarity the nature of chiropody practice, its implements and medicaments, its routines, and where it was delivered.  From home visits and mobile clinics to the old ‘asylum’ hospitals that no longer exist, the world of the chiropodist of the period is lucidly conveyed.  Equally, the characters are brought to life with sparkle, humour and compassion.  Even those without starring roles – the patients encountered by the young chiropodist –  share with us their lived experiences, set in the context of time, and relayed in fascinating detail (first edition 2021 cover shown – second edition now available from March 2022).

A sense of recognition from my own time

As a student of chiropody myself in the late 1970s, I find the author’s descriptions highly evocative, prompting recollections of village hall clinics, bottles of benzoin tincture and fixed blade scalpels, most of which have long disappeared from practice.  This account also brings to life many of the key actors of the period, so vividly portrayed here.  I met many of them, either at the time or in later years, and can attest to the unfolding of events so deftly described, as the practice of chiropody began to give way to the new era of podiatry.  Our storyteller is adept at depicting the landscape of the period, both professional and personal, during this major transition.  From the main character’s experiences we learn of the attitudes to practice prevalent at the time, and thus the magnitude of the task ahead of him.

But the story is far more than a simple tale of professional change; it is an account of one man’s passion, and his resolve to make a difference while balancing career with family life.  It also serves as a spotlight on our collective history, reflecting the mood of the time, and the desire to usurp the existing order.  At the time, the “intrepid frontiersmen” that emerge so clearly from the pages of the book, were often regarded as mavericks, threatening the profession, or as heroic pioneers forging a new future.  The author accurately conveys the sense of drama, of purpose, and belonging that the Podiatry Association inspired as the vanguard of progress.  The reader will not fail to be touched and moved by the struggles of the young man trying to make his way in life, juggling family life and work, while doggedly pursuing his dream.

Younger readers may wonder if life as a young chiropodist in the early 80s was really as it is portrayed here.  It was.  Each vignette carries the stamp of authenticity, and is populated by characters set in context; of time, of social norms.  As a novel, the story concludes just as we want to know more, to see how David’s life changes, to know what becomes of him and his mission.

Of course, the author is a renowned podiatric surgeon, whose career at the forefront of practice is widely acknowledged.  He played a full role in shaping the future of his profession.  In one sense we know the outcome.  But, as this novel reminds us so clearly, it is the journey itself that reveals the human endeavour behind the events.   I hope the author will oblige us, for the story cries out for a sequel which will complete the canvas.

I sense, too, that this story might also serve as a message to any young professional with a mission, for it shows that, in spite of the day to day challenges and the competing demands of family and career, perseverance and patience bring rewards.  Its main character also reminds us that vision, empathy, loyalty and courage are the hallmark of the true professional.

This review was been published in Feb./Mar. 2021 edition of The Podiatrist. Podiatrist on a Mission is now available to purchase through Amazon books as an e-book and paperback.