Pain after Injections for Nail Surgery 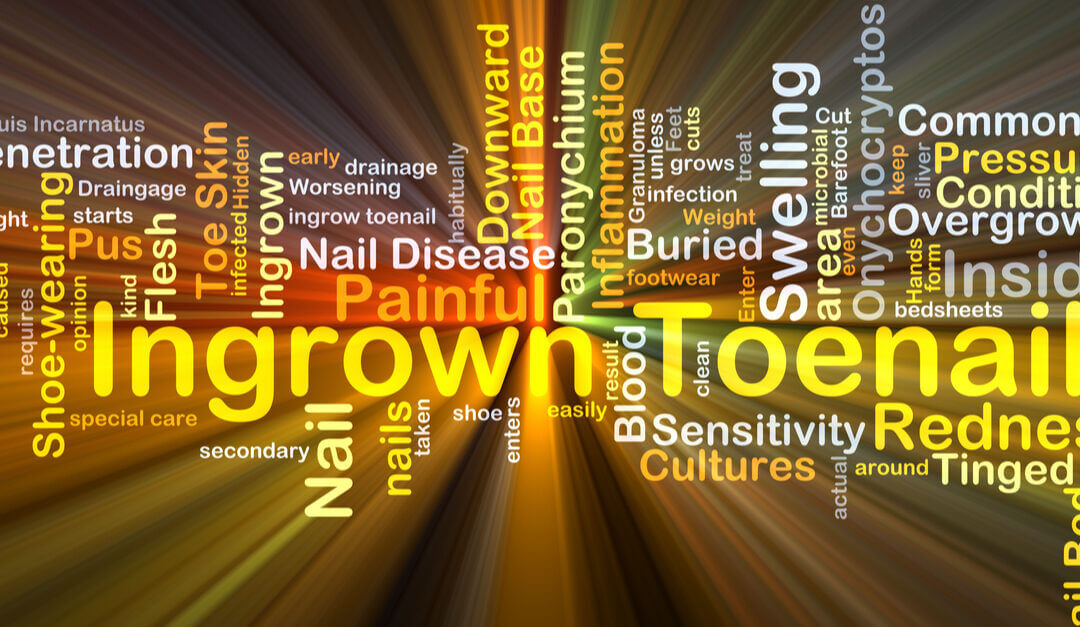 Pain after injections for nail surgery

Pain after injections for nail surgery is brought this month to readers by Alison Charlton. Alison is an avid reader of  Podiatric Reflective Newsfeed and publishes her short case history for ConsultingFootPain. A growing number of queries are being raised on Podiatry Forums covering nail surgery. If you have a case to share or query you can write to ConsultingFootPain. (Editor) 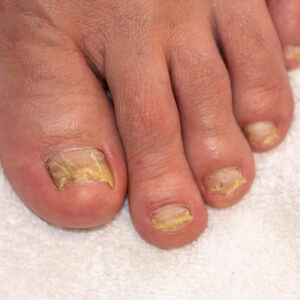 Mycotic nail causing deformation. This is only a typical example

A 42-year old female attended the clinic for removal of her heavily mycotic nail (illustration is not the patient).  The nail was causing discomfort due to its’ thickness. She was taking no medication, no allergies and all vascular and neurological tests were normal. She is a very keen runner, having run many marathons and averaging 30Km per week. She is a busy mum with two children.

After lengthy discussions and outlining treatment options, she chose to have a TNA with phenol. The injection was from one side using the ring block method (see method below). The nail avulsion was uneventful, although the nail bed required more scraping than normal to clear it.

The wound healed within four weeks. At 5 weeks post-op’  she then contacted the clinic to say she was still experiencing pain at night at the injection site. The pain was only manageable with paracetamol. She attended the clinic and I checked her sensory nerve sensations again, particularly light touch, which was normal. She described the pain as ‘burning’ and only occurred at night. She insisted that the pain was at the injection site and not around the nail area. She had started running again approximately 5km on alternate days.

I asked her to restrict her running to give the area a chance to settle and discussed her case with a consultant colleague. It was agreed to desensitise the area,  2-3 times per day by deep massage around the injection site with standard skin cream. The mechanical massage could be supplemented with an anti-inflammatory gel when it became sore, instead of paracetamol if possible.  Products such as Ibuleve, Voltarol or Feldene were available to the patient  as OTC/Pharmacy sales. The patient was reassured to hear that although unusual this was not abnormal. Because this was not an expected outcome it had not been highlighted before the surgery commenced. Within two weeks the patient reported no more discomfort overnight and a complete resolution of the situation. She is again training for her marathon.

Footwear
As a keen runner, this lady appeared to have high expectations with a rapid return to running again soon after her procedure. I did not see the trainers she used for running, but those she wore to the clinic were fine. Running footwear should have been checked as it may have been exacerbating the problem. If there had been no resolution this would have been an essential next step.

Hypodermic needle
A needle close to the phalanx can lead to discomfort, although 5 weeks is longer than usual but not unheard of. Post injection neuralgia can occur although there is little reported evidence. Most injections leave discomfort for a short period of 2 days to 2 weeks. The worst case scenario would be a low grade reflex pain syndrome. In Complex Regional Pain Syndrome (CRPS) the resulting pain and the initial injury have no correlation[1].

Pathogenesis
In this particular case, nerve axon (illustrated) irritation with swelling and haematoma were the most likely causes. While resolution was fairly rapid in this case we are reminded nerve damage can take 6-9 months to settle. Local periostitis due to the needle scraping the periosteum was also a possible cause and could have lead to bruising and sensitivity. Another possibility was a local abscess but most likely this would have been apparent before 5 weeks post-surgery. Additionally infection was unlikely based on presentation, colour, swelling and low grade discomfort. A medial-oblique and lateral x-ray of the toe would aid with this diagnosis.

Information is scanty on digital block injections. Säkkinen, J et al 2005 [2] points out that post injection neuralgia is rare. We can deduce that dental awareness is far greater than in podiatry.

“Paresthesia or neuralgia is usually transient, but may be permanent if anaesthetic solution is injected directly into the nerve. Therefore, injection against pressure must be avoided. Actually, it is very difficult to inject into a nerve because of the tight epineurium. Instead of that, when the needle has transfixed the lingual nerve after injection and is withdrawn through the nerve, a little amount of anaesthetic into the lumen and onto the needle can cause a chemical damage.”

“…even with excellent technique and application of nerve stimulators, it is not always possible to avoid accidental intraneural needle placement… Whilst other techniques may result in accidental ‘needle paraesthesia’ this is quite different from deliberately setting out to create it when we know there is an increased potential for intraneural injection.”

Fortunately my patient’s case resolved quickly. An abscess was ruled out and would more likely have shown up in a shorter time-frame.  A low grade reflex sensitivity or bruising due to periosteal irritation of the phalanx was possible.  As part of good practice the follow up appointments were considered part of the procedural package. It is hoped by sharing  relatively poorly reported sequela in the literature that this case history will assist both patients and colleagues. Management was maintained at a conservative level with reassurance. The ability to discuss problems with experienced colleagues is important to ensure a proportional and balanced approach is considered. Perhaps local sensitivity is more common than we admit and remains an unrecorded statistic.