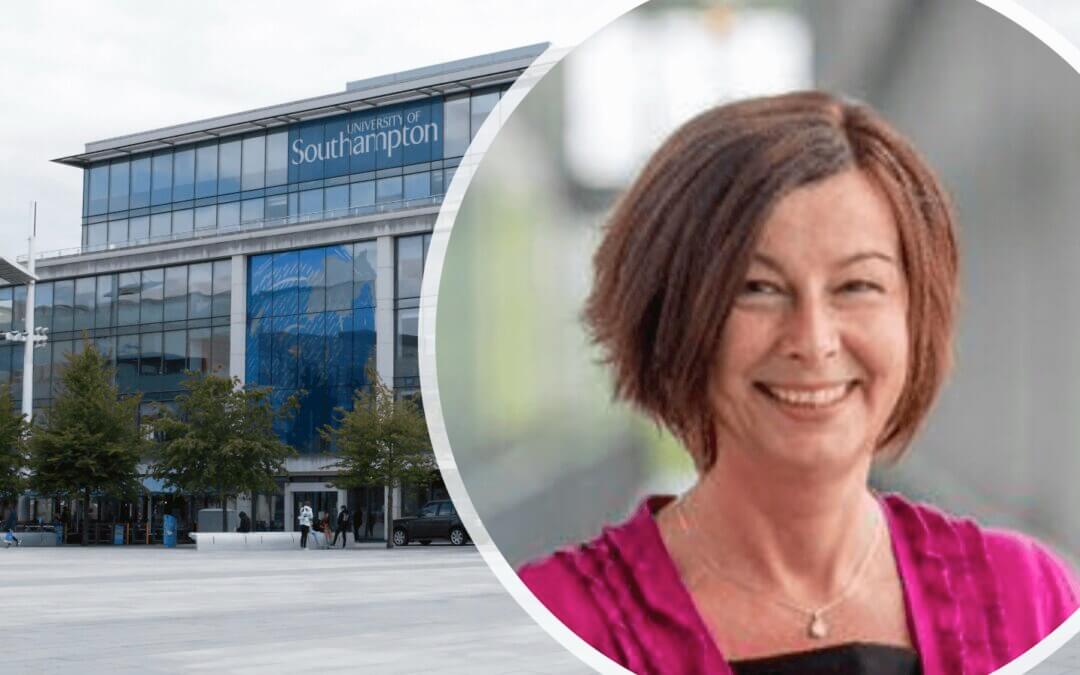 The changing profession through the eyes of an educational researcher

It may seem strange that many of us do not know our own abilities when we are younger. We may be offered encouragement, told we are gifted or bright, but until we believe this we may under achieve. ‘A’ level grades are a standard guide to academic ability but they fail to offer us a panorama for our life skills. I joined Cathy Bowen, a podiatrist, esteemed Professor at University of Southampton with a doctorate (PhD) behind her to discuss her career journey.

Cathy Bowen says she literally ‘fell’ into the podiatry profession. “I had no idea what I wanted to do. I loved biological sciences, wanted to do something in health, wasn’t going to get the grades for medicine, which again is typical of my generation.”

The subject of biomechanics grabbed her in 1984, based around pattern recognition and helping people to be physically active and mobile.  She loved biology but didn’t think she could aspire to medicine. The profession at the time was called chiropody and had not quite metamorphosed into podiatry and so this was a time of great change. After graduating from Salford, she took a job in Milton Keynes and found herself engaged with student placements. At the time this was relatively new as most practical education in training was conducted in the school clinics. Clinical trainers had to extend their skills with teaching experience and the embers of her future were glowing quietly at her Stantonbury clinic.

She wanted to push the profession, promote advanced skills and bring on people that had more qualifications as the degree programmes started to develop within each school. Her inner sense of progress took her to a philosophy that pushed her “to know more than the people that I’m trying to bring on,” she explained  in her interview. “If I’m trying to advise them or coach them, then I need to have trodden that pathway too.  And I think that is really what my pattern is when I look back.”

A sense of specialisation

So as soon as the top up degree came out, she was there. After taking the top up BSc degree at Brighton, she moved to London to work in rheumatology at the same time as taking the Masters degree offered through Brighton University. The Masters degree was an opportunity to study alongside developing  rheumatology service, gained in 1996, 12 years from her start in podiatry.  Her focus looked at inflammatory arthritis and foot pressure measurements.

“This is really where my scholarly activity took off and developing that love of linking clinical practice and learning and pushing knowledge to do things better for the patients.”

Cathy started to question the evidence behind some of the practices used in past chiropody as part of her new found scholarly activity. The MSc structure had modules in diabetes, rheumatology, dermatology, gait analysis and research methods, to name the key subjects.

A number of people started up an association around 1996 called the Podiatry Rheumatic Care Association. Some of the founders were  Jim Woodburn, Anita Williams and Keith Rome. This ran that for about ten years. With the advent of the Royal College conferences bringing together all the different special interest groups within podiatry started to come under one roof.

Podiatry today has a wide range of sub specialisms, much of these have been described through the various journeys from many of my interviewees  – What career to chose after school? As Cathy points out once upon a time branching out was very competitive with many charismatic authority leaders influencing how the profession was to evolve.

“I’m not saying that that’s wrong at all, because I think that was quite a good time for us in developing those advanced skills, but I think we left behind the other skills.  I think people then came into the profession and the degrees got harder. The entry criteria got harder in the degrees, and so people coming into the profession, would be pushed. Now when I’m in Southampton, we know that when we take three B’s at ‘A’ level, I can push our students quite far and challenge their thinking and concepts way more than they would ever have done with me back in Salford in 1984.”

Southampton, where Cathy now has a professorial seat, recruits around 20 to the first year each Autumn. Funding made a difference and in the years when bursaries were available they were regularly recruiting about 50.

Changes in the curriculum

When asked about how much MSc level podiatry had crept into the BSc curriculum, she says, “Undoubtedly, a lot for example we bring a higher level of pharmacology into the BSc. And I’d probably say what we’re teaching our undergraduates. The knowledge and the skills they get is at a higher level than I was at in  my Masters at Brighton.”

Clearly Cathy and her colleagues know that for any profession to progress one cannot remain stationary. Constant reviewing of educational methods have to keep up with modern science and healthcare delivery. Concerns about requiring top up courses came into the discussion, especially in the arena of clinical pharmacology delivery around steroid injections.

“We did a top up – two-day programme, for continuous professional development (CPD). While our students have pharmacology and injection skills (local anaesthetic) they aren’t taught joining steroid and injection skills with locations for injections. Competency for injection skills tends to be underdeveloped because they don’t have the mentors, and there’s no mentors out there in clinical practice that are willing to do that. And so we hit a wall with it.”

While this element of Cathy’s observations are disappointing and have yet to be resolved, she acknowledges there are really good centres of excellence that focus on musculoskeletal injuries and rehabilitation; reeling off a couple of names. The problem is that they cannot take everyone and so they’re few and far between.

The passion that Cathy has for her subject is addictive as she has views which are both eminently sensible and if implemented will change the direction of how the future of podiatry is delivered.

“In the NHS they seem to be really only doing ulcers now, and that really does de-skill people. Whereas having that broad spectrum of scope of practice they can do things like injection therapy and prescribe and just do that simple core. If somebody is having mobility problems, and they can’t do their exercises, to get rehabilitation for plantar fasciitis, it’s that holistic approach that is required. I think we’ve lost that whole roundedness of owning that part of the anatomy, the foot and the ankle and linking it to physical activity or active living.”

Cathy wants to see the profession take ownership again of the foot but using advanced skills. She suggests using specific groups to deliver some of the more essential mainstream care, because she sees that podiatrists are trained to a much higher level than when she qualified.

“We need to be the leaders of services that meet the needs of people that have foot and ankle health issues. We then are the ones that are directing those services.”

This takes us into the realms of current political discussions. While the words, taking some of the work off GPs is not so much stated, it is clear that her direction pleads the wider implementation of our specialised skills to spread the workload and maybe relieve GPs of some of their burden.  Coordination is necessary and that is a role podiatry could forge.

“It is absolutely where we fit in now, and to not let it go, at the expense of trying to step away from foot health practitioners. We should embrace all our assets and if we don’t, then somebody else will and do it for us.”

Cathy knows there are many like-minded podiatrists in strong positions who agree about the direction that podiatry should take. The idea of too fragmented a profession with too much specialisation should give way to a more rounded service. Her views that ‘diabetes’ for example has too much priority has come at the expense of other developing other specialties within podiatry. But then she argues that we need

“a fully rounded programme of work that incorporates everything from the basics through to changing practice and research. But we’re the ones who are the influencers and you can never have everybody doing the same things. I know that, but the training that we give people these days, and when they qualify, they have that ability to lead those services.”

Leadership is important and team building seems to be the way she sees podiatrists developing but with a non-hierarchical structure, where everybody’s respected for their contribution.

“We haven’t got the workforce numbers to meet the needs of the whole nation. So it’s not always going to be podiatry, but it’s not that – it should be the podiatrist who are, in a sense, triaging or whatever you want to call it, being that leader of that system.”

It is clear that Professor Cathy Bowen has the energy to stimulate many ideas but of course we can only engage, motivate and empower people to take our thoughts away and perhaps apply their own ideas and make things happen. Podiatry has changed its landscape beyond recognition since the 1960’s and now we have highly trained educational leaders like Cathy, placed in universities with a different form of podiatry in mind than the older profession that both of us trained in during the latter part of the 20th century.

More about research and clinical academic careers in podiatry 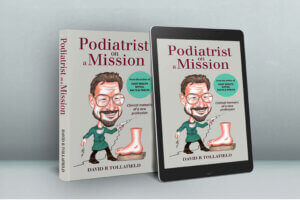 Thanks for reading ‘The Research Professor’ with Cathy Bowen