How should we write on Social Media 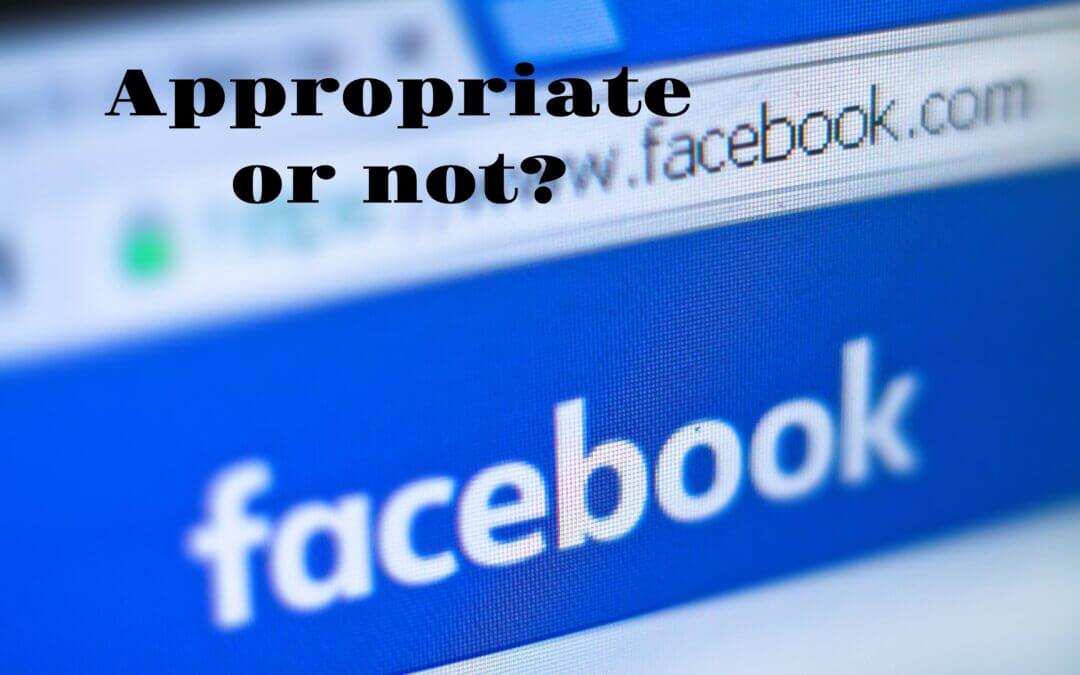 There are so many podiatry groups now it is hard to keep up. The

subject matter is wider than ever. Writing on social media carries risks. Once published it is hard to remove clumsy phrasing from a readers mind. We’ve all made the same mistakes. A quick response fired from the hip! In this article I have called how should we write on social media, two respondents spar.

Professionals have guide lines from their official bodies and regulators. I have added these below, or at least those relevant. What is amusing to one person is offensive to another. It is easy for another reader to take the narrative out of context and feel justified to write a repost. I put the title of one of my books up on social media called ‘Selling Foot Health as Podiatry‘. ‘SELLING‘ caused the problem. I was not selling but informing. The word marketing could have been used to mean the same thing. ‘Sell’ does not mean to have someone else buy something for money, but it can mean to accept an idea. If you understand this dichotomy you will understand what I mean by being taken out of context.

Podiatry is not just about feet

Mental health and well-being of both the patient, their relatives and our own abilities to deal with mental health make up the sandwich creating this struggle. Podiatry is not just about feet.

Here is a story about writers of Facebook posts. It is intended to reflective two views. One persons view is another persons’ anathema which can provoke rebuttal. And it did.

A podiatrist reported a patient suffering from mental health issues during the course of Covid-19. As a result the patient had cancelled many appointments. Clearly her mental health status was established before Covid, so the story is not just about Covid. The patient herself, while pivotal to the story, is not the protagonist, neither is she the REAL story.

The patient returned to the surgery having last been seen in February 2020. The podiatrist reported the story in

October 2020. From June the patient had cancelled many times to the extent even 15 minutes after rebooking. After the patient finally attended the story switches to the husband who ‘falls apart and sobs’.

His story follows. One of losing his job. His hair is long and has not been cut since before Lockdown. The relationship between the patient and her husband appear strained.

The podiatrist is clearly moved to write. A plea for help and support on the pages of Facebook (FB). Her story is well written and riddled with inner empathy. This quality behind this empathy is the mark that most podiatrists almost certainly exude. This allows them to stand out from many other health care professions.

So why does this merit a story, an article?

One notes first how many LIKES there are at the bottom of a post, and indeed more importantly comments. FB likes are often of little collective value and there is no real opportunity to learn from a meaningless like. Like actually means; “I’ve read it, glanced at it, or scanned it!”.

As I am a reflective practitioner and journalist I prefer to ignore these likes, although I confess I do use use like to tell authors I have looked at the post. Of course this might seem hypocritical based on my last comment. But then sometimes you cannot comment or it would be inappropriate. For the most part I am talking soft social media, not professional social media. There is perhaps a distinction as many authors treat the professional groups a little glibbly. However, when I see 57 comments against 114 likes, I know this is worthy of a read. What we then see is a wider range of views. Some are superficial and quick reposts. Others are more thoughtful. Then there are those that are truly educational…

One respondent (AB) entered the story and became the antagonist. It was at this point I felt the article had merit. The reply was long and in itself thought provoking. The following statement was taken from the narrative in the published post…

‘These people trust you, and sound distressed, and you publically (sic) shame them, for your own sympathy. I don’t normally sound off at people on public forum, but I’m shocked by your immature attitude. I suggest you read the HCPC guidelines on social media engagement.’

Well I did read them and I replied…

‘I think XY tells an important story and the forum is important to share such concerns as we must all reflect openly. XY is asking for support perhaps more than she needs any sense of criticism. I think mental problems are more an issue than ever but in podiatry we have all learned to handle mental and psychological issues which make up pathology of man kind. Even medical doctors find some of the these types of needs missing in their training.’

One needs to stick with XY’s thread, while criticised, she is very reserved in her reply. It is clear she has considered many opportunities to resolve the case of how to manage a patient with mental concerns. Especially one who keeps cancelling because of fear of Covid in the surgery. XY has thought it through carefully. BUT she mentions how she wonders how the husband who has been equally affected has not smothered his wife!

We all have feelings about what is right and what is wrong in writing on public forums.

AB felt strongly that XY had shamed the patient and her husband. Indeed both mentioned smothering with pillows and AB mentions Harold Shipman which rather lost the thread a little and took XY’s comment as a throw away out of context. But, one should always see two sides. The word ‘smothering’ was the problem in this case and used in an attempt to create a metaphor for frustration. For the observer standing afield this was fascinating to see a story being raked. Can we learn and reflect from this story?

In regard to the last statement, criticism should not be personal. In terms of learning, any response should be proportional, objective and supportive. It is best to see both sides of an argument. On balance it would have been better not to have used ‘smother’, unless this was a true quote.

TIP: use quotes from others but consider caution of using quotes or metaphors for real people as a rule of thumb. What does the HCPC say?

First of all you can download the guidance on social media here. However this is a summary as related the article in question. You can make your own judgement.

Thanks for reading – “How should we write on social media” by David Tollafield. Published under Reflective Podiatric Practice