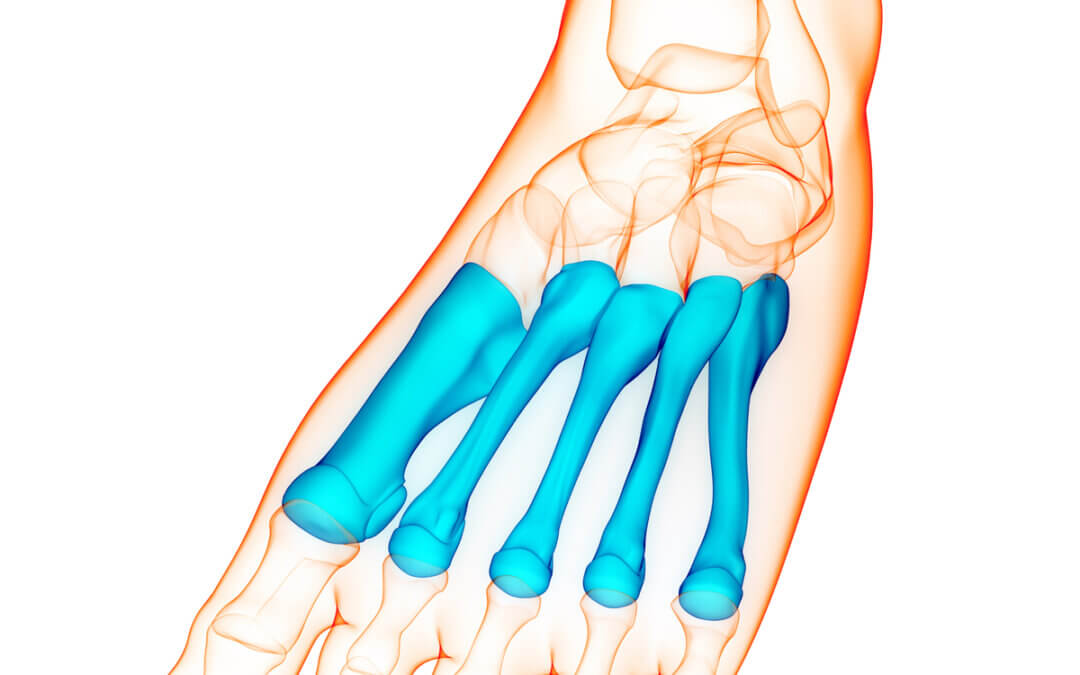 Treating the complaint called Freiberg’s is is not particularly common. He continues the discussion around osteochondroses affecting the metatarsal heads. Often called metatarsalgia this condition is mainly associated with the second but can affect the third and fourth metatarsal.  Podiatrists must be able to distinguish between different forms of metatarsalgia. While most podiatrists do not perform bone and joint surgery in the UK and Australia compared to the USA, each clinician should have some essential knowledge to be able to provide patients with choice and surgeons with positive referrals where help can be offered. Some additional material is offered through links to other resources. Please read Part 1 first. You can read more about other conditions that come from the osteochondroses at ConsultingFootPain. Navicular (naval) bone and calcaneus (heel) bone. (Editor)

Smillie introduced a pathological staging model in 1967 which was based on intra-operative findings. Clearly whether a GP or podiatrist confronted with the patient with this osteochondrosis we have called Freiberg’s disease, infraction or infarction, we cannot open a patient up. We turn to x-ray findings to correlate the system. Smillies’ system can subsequently be used as a radiological process that can be used to direct non-operative treatment or a decision to refer on.

The best x-ray view is the medial oblique which shows the entire contour of the metatarsal head, helping to determine to extent of destruction and the integrity of the central and plantar metatarsal head. Dorsal X-rays can show flattening of the metatarsal head with central depression. In more developed cases the phalangeal base is wider with osteophyte (bone) formation. Sclerosis is a term used to suggest thickening and greater density of bone in response to the body’s attempts to remodel it. It often appears white on x-rays. There is also the loss of metatarsophalangeal joint space. In the early stages, the x-ray is often unremarkable, with widening of the joint spaces occasionally visible due to the developing effusion which can often be more easily visualised on ultrasound.

Magnetic resonance imaging can be useful, showing changes between T1 weighted and mixed intensity on T2 weighted images. The prefix T relates to time sequencing. By manipulating the electromagnetic settings it is possible to change the appearance of the tissues – bone, joints, tendons and ligaments. The more progressive the condition, the more likely that imaging changes become apparent. The findings signify progression through the stages of the disease.

The aim of any management in active Freiberg’s is to reduce pain and maintain a functional gait. When treatment is initiated, the hope is to limit early progressive joint destruction. Traditional texts suggest during the early stages of osteochondroses, the blood supply is cut off and then restores. When signs of remodelling and healing appear the residual damage becomes apparent often meaning that intervention is too late. The mainstay of early intervention is offloading. Offloading covers a wide spectrum, from footwear to non-weight bearing casts and everything in between. Although there is no solid guidance, case studies suggest positive benefits after as little as 1-2 months. There is evidence to support the use of NSAIDs, intra-articular corticosteroid injections, oral steroids and orthoses. Used in isolation and without offloading these would undoubtedly reduce pain, but increases the risk of disease progression by allowing the patient to more comfortably undertake higher levels of activity. The patient is better served when a combination of pain management and offloading are combined. It has been suggested that conservative treatment is 60% effective in the earlier Smillie stages but has a significant failure rate when advanced. Each clinician will have their own engrained algorithm for determining their course of action with little consensus on optimal treatments, both conservative and surgical. We need to take an overview of what to do if treatment fails and when to consider surgery if at all. Having no knowledge of surgery creates a withdrawal of options for patients that if applied in a timely fashion can help. Responsible referral to a foot surgeon is part of the overall scheme of management. Developing links between clinicians and surgeons is key to ensuring optimal patient pathways are developed.

Having an open and honest discussion with the patient about their presenting problem, the options available and the prognosis is imperative. Being aware of the patient’s expectations and counselling them as to whether they are realistic is key to avoid the disgruntled post-operative patient with ongoing pain. The choice of the procedure varies depending on factors such as the stage of disease, the patient age and expectations as well as the surgeon’s preference and experience. The first consideration is whether the surgery is to be salvage or reconstructive approach. This means can we preserve the patient’s joint and optimise the functional capability? This is classed as salvage, whereas destructive is where the joint is either removed or replaced. Evidence for surgical outcomes in the management of Freiberg’s is sparse. There are numerous case studies and small case series looking at retrospective outcomes but no large-scale studies using randomised controlled trials as is normally the case for surgical outcomes. This subsequently means that we have a poor appreciation as to whether the surgeries that we are undertaking are as beneficial as we think or hope that they are.

Debridement of bone and loose bodies and synovectomy to reduce the inflammatory joint lining are used. Autogenous bone grafts are not commonplace in practice in the UK. Taken from the patient as small chips, when packed in the space behind the collapsed joint, the cartilage can be ‘popped out’ like a dent in a car.

Metatarsal osteotomies are now common with the view to preserving the joint but also creating a gap to remove the pressure. The most common is the Gauthier-Elbaz (1979) osteotomy. The procedure utilises a wedge taken from the neck of the metatarsal aiming to lift the healthy plantar cartilage into the articulating arc dorsally. This option is only viable if there is an adequate amount of healthy cartilage present. The downside to this procedure is that dorsiflexion movement will be reduced. An alternative approach is a shortening osteotomy which will decompress the metatarsal-phalangeal joint (MTPJ). This may include the well-documented procedure called a Weil osteotomy. The risk of salvage procedures for conditions such as this is a failure. There is always a chance that the patient returns to the clinic with ongoing pain. They are generally more accepting of this if they were aware of its potential prior to surgery, meaning that the consenting process should be rigorously undertaken. Should salvage fail to give adequate relief of symptoms or the presentation be too advanced, the only remaining intervention is to use a destructive approach. For me, there are two main considerations about this approach. The likelihood of improving symptoms and the impact upon surrounding structures. This takes the form of functional restoration and aesthetic appearance often based around a shortened digit.

Destructive procedures involve either removing or replacing the joint. Removal of the joint involves removal of the metatarsal head, the phalangeal base, or both. Surrounding soft tissues (joint capsule or tendon) are secured into the cavity to form a buffer. This is called an interpositional arthroplasty. Whilst often addressing the pain associated with the joint, a shortened toe can be left unstable- floppy as described by the patient. This was a common procedure historically and was often undertaken alongside a syndactylisation (surgical joining of the toes) to maintain length and offer some stability. There is a risk of pain across the remaining MTPJs as load transfer changes should the metatarsal head be excised.

There are two different types of implants. The first is the Cartiva implant is in effect a joint spacer that is inserted into the metatarsal head and stands proud from the bony surface. Early results appear promising, but there are no long-term outcome studies available at this stage. The risk includes subsidence where the implant sinks into the metatarsal and is no longer prominent. This is more common in post-menopausal patients and those with osteoporosis. The second option is a more conventional prosthetic joint implant, such as a mini-primus or Interphlex. They can often maintain toe length and position as well as allowing passive movement. Resembling normal functional movement offers better positive gain than from an arthroplasty. As with any implant, there is a risk of failure, rejection and implant fracture which ultimately can lead to failure and the need for further surgery. In an ideal world consistency of procedural selection between specialists with robust outcome data would enable the patient to be offered the best treatment. This is certainly an aim for the future.

James brings into focus the condition of Freiberg’s infraction with various names. The most important aspect of care is early diagnosis, conservative management to preserve the joint. Timeline is important and the condition is often seen later in life having been less of a problem during early years. The diagnosis comes from a healthy suspicion of metatarsal pain and other forms of metatarsalgia rule out. Stress fracture and Morton’s neuroma being two conditions that are more common together with joint synovitis and plantar plate tear. The foot specialist should consider the appropriate times for surgery and able to advise patients of the consequences of leaving the condition. The younger the patient the more likely that conservative care will help avoid the more dramatic procedures. Nonetheless, treatment can help cost people although the loss of full movement must be considered a trade-off between pain and function.