Foot and Mouth Tales and Myths 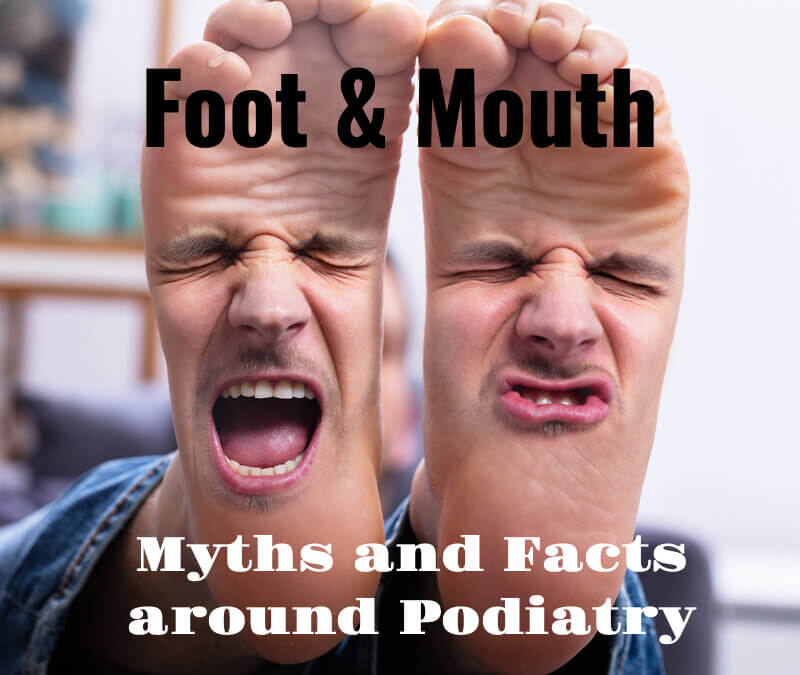 Facts about podiatry and dentistry

A common tale or myth we hear as podiatrists is the fact people believe that we deal with foot and mouth? Foot and mouth is a disease of animals but in humans, it is known as hand, foot and mouth. This something we don’t deal with – so over to the medical doctor but it does of course manifest in toes and feet come with toes and that is US! The link above takes you to NHS advice.

Reshaping the clinical image alongside dentistry

From the late seventies and early eighties a foreward looking podiatrist called Marcel Pooke (Northampton) helped engineer a change in how podiatry clinics looked within the NHS. He became Chair of an organisation called ACCO which stood for Association of Chief Chiropody Officers. He pushed for a change from the old style clinic to adopt modern ergonomic electronic patient couches. Pooke, an entrepreneur of his time, used good contacts amongst fellow clinical managers, one being a local dental officer. He soon saw the potential of the designs that dentists used and set out to replace the grotesque chairs that were not only substandard but did not recline. Even barber’s chairs reclined. This followed on with implementing autoclaves for sterilisation and Foot Care Assistants who supported chiropodists in these early days. 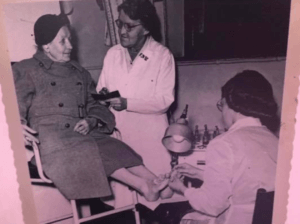 Courtesy of Liz Watret (Podiatrist) 17/12/21. A scene from old fashioned chiropody date Unknown and probably before 1975.

Chiropody soon took on the dental look (see below) – a link between the foot and mouth soon escalated. In 1996 I trained with dentists to provide my patients with intravenous sedation. The long association with dentistry has only been bettered by that of the British Podiatrist with his US counterpart.

Unlike dentistry, the specialty of podiatry is less well known and morphed from chiropody around 1988 onwards. Chiropody itself dates back to the eighteenth century with a variety of people from itinerant corn pykers to highly respectable surgeon-chiropodists, such as Lewis Durlacher, eminent because he practised at the London Hospital and attended William IV and probably Queen Victoria. Unfortunately searching her majesty’s diaries provides no mention of one Lewis Durlacher, but that does not mean he did not contribute to her care. His own book on treating foot problems is available for the diligent historian of podiatric medicine from Amazon and Abe Books. 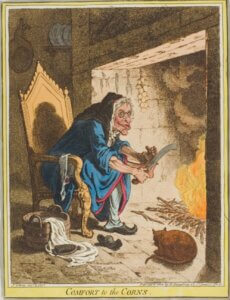 We know that surgical chiropodists were recognised as far back as the mid-19th century because of various old publications such as Durlacher (1845). Early accounts suggest foot care management was popular in the coffee houses in cities. The well to do could afford this luxury but it did give rise to charlatans who pretended they could cure corns and would use fish scales to mislead their clients in justifying a visible cure. There were even legal cases associated with misleading the public and this duty today is led by the Health and Care Professions Council or known as the HCPC.

By the turn of the 20th century and two wars; 1914-18 and 1939-45, the profession of chiropody was diluted even further with those formally trained at locations such as the London Foot Hospital, established in 1919 and those who were trained by shorter courses and correspondence with lower access to practical guidance.

General podiatry practice now has more of a dental look than the steel fixed high chair. How times change, but who dismisses copying to improve? Pooke and others, and many in the independent sector, set out to make changes and so chiropody became podiatry, a certificated course became a diploma, then a degree through a university. Advancement continued to masters degrees and the PhD – doctorates. 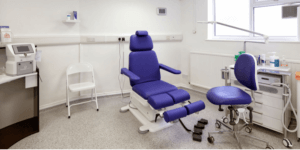 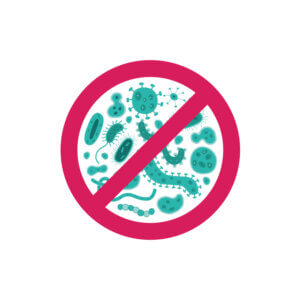 A fact that links dental health to feet surrounds the curious case of the ingrowing toe nail.  A patient presented with an infected toe, antibiotics failed to work until the culture sent to the laboratory came back with named bacteria specific to an oral infection. Maybe there is a relationship between foot and mouth afterall. But patients should advise their podiatrist about oral infections as much as other infections as some problems fail to clear. These infections are known as focal infections [1].

A Profession with a Pedigree 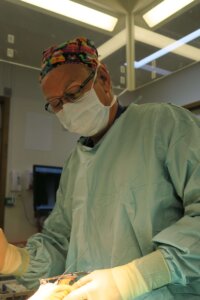 Dentistry can be traced back well before the 19th century, but until the early 20th-century, chiropody was poorly formed. The dental profession made an early break to align itself with medicine. The Dentist Act 1923 first created this separate Speciality Register parallel to the Medical Register, so they could complement each other and serve the public appropriately. Dentistry has a wide remit now for oral hygiene prevention, restoration and at the top level, jaw reconstruction. Dental surgeons developed their specialty by gaining a medical degree and then evolved into specialist medical surgery.

Podiatry in the USA evolved a medical degree in the 1960’s and competed with orthopaedic medicine. In the UK we have a slightly different arrangement where podiatry is underpinned with medical training and deals with minor surgical conditions until further qualification as a podiatric surgeon. In the eighties, degree courses led to a Bachelor of Science in Podiatry (BSc). Podiatric medicine is now the formal subject, although not the name of the degree: three years in England, Wales, Northern Ireland, and four years in Scotland. Those podiatrists who qualified before 1988, and did not have a BSc, often retained their original title of chiropody alongside ‘podiatrist’.

The award DPodM was offered to signify that a formal course leading to registration had been completed. A small percentage of the original diplomates took a further degree or extended their original qualification.  In the sixties some chiropodists formed a sub-profession called podiatrists in order to practice surgery and were concerned that the foot had been relegated to poor orthopaedic practice. Today orthopaedic and podiatric practice is better regulated and performed with collaboration in many parts of the UK through multi-disciplinary teams. Illustration Consultant podiatric surgeon (FRCPodS) working in a main hospital theatre with an anaesthetist and full nursing team as a lead practitioner (2017).

[1] From the authors own case notes. ‘Prevotella species’ arises from gingivitis or gum disease.

Thanks for reading Foot and Mouth Tales and Myths adapted from his book – Foot Health Myths, Facts & Fables (2021). Published by Busypencilcase Communications, printed by Amazon books

A free e-copy of this book is available by going to the Landing Page on this site and signing-up by clicking on the red button.