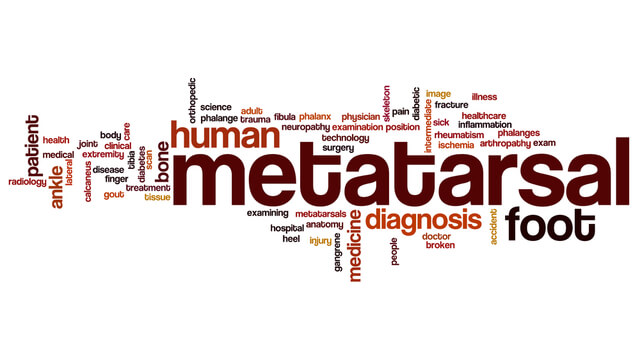 Freiberg’s is an uncommon foot condition and constitutes one of the causes of metatarsalgia.  Part 2 will look at confirming diagnosis and treatment. It is a pleasure to invite James to write for ConsultingFootPain. (Editor)

An Overlooked Cause for Metatarsalgia

What is the condition?

This uncommon condition seems to have caused confusion for as long as I have been in practice. The principle part of the foot affected is the second metatarsal head, although there are cases seen in the 3rd and rarely in the 4thmetatarsal head. The joint collapses and flattens, often in the superior segment, leaving the inferior part of the joint spared. The toe often becomes stiff and painful during activity. The condition is typically associated with the adolescent patient between the ages of 10-14. Much has been written on the condition and its management.

Even now, I am not convinced that we have all of the answers. The origin of the name Freiberg’s has undergone a tug of war over the decades. Today we accept that Freiberg’s disease, infraction or infarction forms one of the best known osteochondroses. Originally coined by Dr Alfred Freiberg in 1914, the name was described as an infraction due to the history of trauma in 4 of the 6 patients in his reported series. A year later, a German radiologist named Alban Kohler, who is synonymous with avascular necrosis of the Navicular, named a condition characterised by osteonecrosis of the second metatarsal head. This was referred to as ‘Kohler Disease II’ or ‘Kohlers Second Disease’. Less well-known names include ‘Peculiar Characteristic Metatarsal Disease’, ‘Juvenile Deforming Metatarsalphalangeal Osteochondritis’, ‘Metatarsal Epiphysitis’, ‘Osteochondritis Deformans Metatarsojuvenilis’ and ‘Malakopathie’.

One element that seems almost interchangeable, is whether Freiberg’s should be followed with disease, infraction or infarction. An argument could be put forward for each, and indeed, all three could be correct. A disease is simply the disorder of structure or function in a living organism with specific symptoms in a specific location. An infraction suggests a violation or associated with trauma, and an infarction is an interruption to the blood supply of an area leading to localised necrosis. Active Freiberg’s would show hyperaemia whereas a ‘burnt out’ Freibergs would have no hypervascularity on doppler ultrasound. In the latter, surely Freibergs is merely an observation of what has once been as opposed to a clinical diagnosis.

The aetiology of Freiberg’s has attracted a number of theories. These are predominantly traumatic, mechanical and vascular. There has also been suggestion of systemic factors being responsible for the development of the condition. The evidence is suggestive that the condition affects only those in their early teenage years, although there are case studies and individuals within case series who were older. One wonders whether these older patients presented with early post Freibergs arthrosis as opposed to active Freiberg’s. This notion is strengthened where significant radiographic changes are evident in those cases that were reviewed. A traumatic precursor to the onset of symptoms was long considered the primary causative factor, but studies suggest that only between 15-50% of cases have a recognised traumatic event. Indeed, Freiberg’s seminal work reported that not all cases had had a trauma to the site. Recollection of traumatic events between patients may vary. Repetitive microtrauma during growth periods to a site exposed to high pressure causes a sub-chondral fatigue fracture. Anatomical considerations relate to the usual longer length of the second metatarsal compared to other metatarsals and the keystone nature at the base of the second metatarsal within the Lisfranc’s complex which suggests the distal section takes higher load.

A number of other structural and/or mechanical causes have been described in the literature such as atypical metatarsal parabola, increased medial column (first ray) mobility, hallux valgus, hallux rigidus, heeled footwear and obesity. Contradictory evidence suggests that heeled footwear, abnormal metatarsal parabola and increased sub metatarsal pressure should not be considered as causative factors. The underpinning theory is that the increased load time interval through the affected metatarsal causes shear forces to the dorsal joint line which subsequently leads to compression and necrosis of the epiphyseal region of the metatarsal with effusion within the joint and that the bone and cartilage is subsequently prone to fracture. In the adolescent patient there is greater chance for change as the epiphysis has not yet matured. It does not necessarily explain the development of the condition in the other lesser metatarsals. In the case of vascular origins, three vessels supply the head of the second metatarsal, with the dorsal vessel being most frequently absent, adduced from  cadaveric studies correlating between this and necrosis (Viladot).  The absence or compression of the dorsal vessel leads to epiphyseal ischaemia resulting in resorption, remodelling, collapse and finally arthrosis.

Diagnosing any condition starts with talking to the patient about the problem. A careful history covering the complaint, the when, how and what elements provides answers towards a diagnosis better than any clinical tests and imaging. When did symptoms occur, how long, what caused the problem if anything, or was it spontaneous. How did the condition arise if known. What makes it worse and what makes it better? How does it affect mobility and function.

On the whole, but not always, a description of forefoot pain in the teenager, typically female, with a possible history of trauma should invoke the clinician to be thinking of Freiberg’s. A description of walking on a pebble or similar is common, exacerbated on tiptoes or in heeled footwear. Examination shows pain along the joint line. Passive movement may be uncomfortable if pushed throughout its wide range up to 90 degrees. In the developed Freiberg’s this is not possible and dorsiflexion is often both painful and limited. 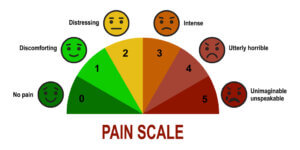 A formal diagnosis of post Freiberg’s arthrosis is often simpler to make. On the whole, but not always, older patients are better able to describe and locate the pain. There are typically clinical abnormalities which may be more obvious than in younger patients. The signs will include reduced range of motion, osteophytic lipping, crepitus along with pain. These changes are much more readily seen on x-ray. Differential diagnoses for pain in this area are worth considering. These may include, Mtpj capsulitis which can accompany Freiberg’s. Plantar plate tears can equally be uncomfortable. Neuroma will have attending signs of numbness and shooting pain with Mulder’s click in many cases. Systemic inflammatory disease can be associated with arthritides such as rheumatoid and psoriatic arthritis.  Gout is less common around the lesser MTPJ joints. Metatarsal stress fractures and those affecting the phalanges can arise. A rigid first toe can cause metatarsalgia through mechanical transfer.

A healthy suspicion allows treatment to commence. Limiting movement and attention to footwear and reducing activity will help. Oral analgesia should be reserved for only more intense periods. The joint needs to rest, settle and recover. The timeline becomes all important.

The condition appears relatively straightforward- so why is it missed so frequently? It is widely accepted that rare conditions are more frequently overlooked. Of all the osteochondroses, it is atypical in that it has a higher female prevalence which can throw the clinician off the scent. Presenting symptoms can be minimal with problems developing later in life. Unremarkable imaging in the initial stages can often be overlooked as the primary cause of pain. Do teenage patients predominantly seek medical treatment? As with other paediatric conditions such as Osgood Schlatter’s of the knee, these pains can often be put down to growing pains and the opportunity for early intervention can be missed.

In the concluding article James will consider investigations and confirming diagnosis and look at the principles of treatment. If you liked this article why not look at another osteochondrosis called Kohler’s affecting the navicular.