Emergency in a podiatry setting 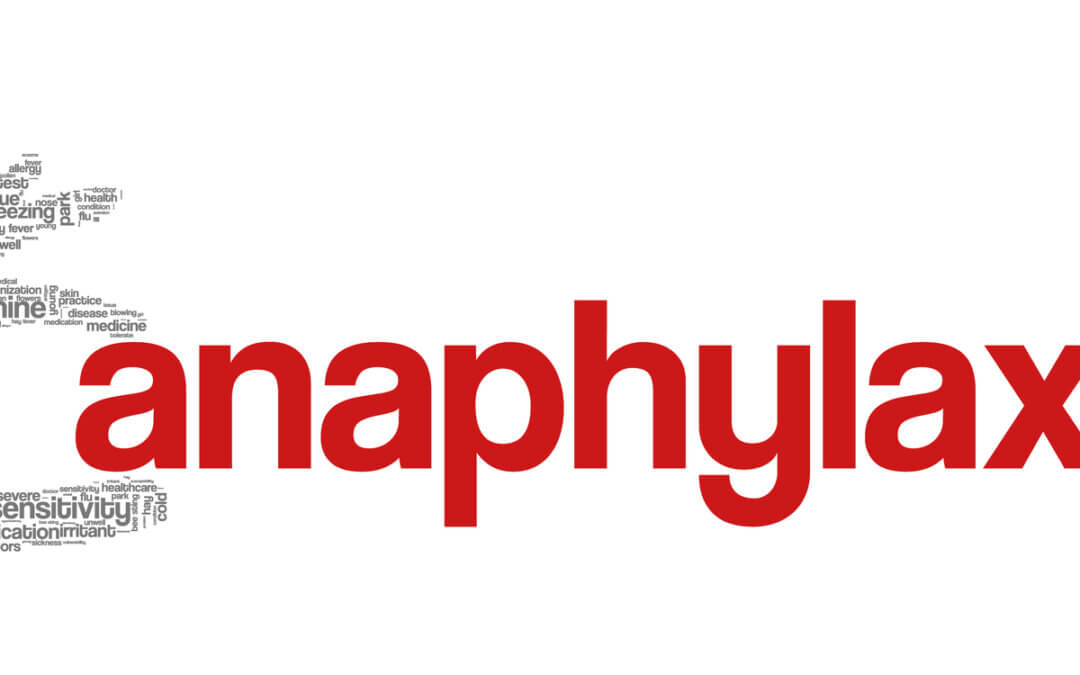 An emergency in practice is the subject of this article and comes from the original pen of podiatrist Alison Charlton, reporting on a Podiatry Facebook page in December 2021. What do you do when confronted with a podiatry emergency?

The first thing that happens when an emergency arises is you feel that adrenaline hit. ‘Fight and flight’ comes to mind, but we are professional and running out of one’s practice is not an option. Scream for help? Maybe. That could be useful unless you have a room full of patients waiting on the other side of the clinic, which, let’s face it, is not going to look too good; for the patient, that would spell disaster and brook an HCPC investigation. We fall back on the established practice of ABC. “Hello – are you conscious?” Shake the patient to see if they are alert, unconscious, let alone breathing. The idea that they come in for a regular consultation is one matter, but reacting to an anaesthetic is another matter. After all, this is rare; isn’t it?

Alison’s detailed description provides an accurate timeline with considered actions and thoughts before, during, and after. It covers what we see as an anaphylactic emergency – that slow progressive change then wham-bam! In publishing this scenario, I dug out a case from 1999 that, at the time, I did nothing – maybe I was too embarrassed to admit my event, doubtless because, at the time, the drugs I had access to office were not the norm for podiatrists. We should all follow Alison’s approach to many such events which offer objective reflection. 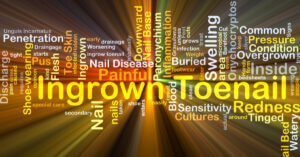 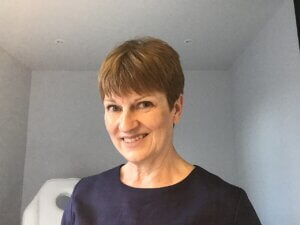 “On an unremarkable Monday afternoon in November, I invited Joe into the clinic for his PNA. Joe had been assessed the previous week and we had covered all the necessary preliminary checks and consent forms. He had no medication and no allergies. He had had previous LA without incident.  He confirmed that this was still the same; he was in pain and looking forward to having the nail removed. I administered the LA (Scandonest 3% plain; 2.2ml) at around 14.50pm and we chatted amicably about the state of the world, the Omicron variant and what he had planned for tea, until he was convinced that the LA had taken, and he could only feel pressure. During this time, I wrote down on his care instructions the LA name and volume, as I usually do. The procedure started with the tourniquet being applied at 15.00. After elevating the sides of the nail Joe said he felt a bit warm, so he was handed some water while the procedure continued. At the point of applying phenol, Joe said “Is this normal” Obviously, I looked up at him as it was an unusual question. I saw he was sweating and breathing laboriously as he visibly lost consciousness. Instinctively I knew this was NOT fainting. I checked his pulse which was erratic and tried shouting to him to wake up, at which point he vomited slightly, but remained unconscious and shaking. His breathing became very slow and noisy/wheezy.

Adrenaline the drug of choice

I asked my colleague to call for an ambulance and reached for the adrenaline. I administered 0.5ml into his right thigh at 15.08. As though this were a film, he shot upright and looked at me straight in the eye before collapsing back down again. My colleague had phoned the ambulance but could not get them to take the #what3words address I had written down, and we are in quite a remote location.

I pulled the tourniquet from his toe before starting to draw up another vial of adrenaline. Unfortunately, the vial broke as I drew this up, partly because I was shaking and partly because the ‘break point’ of the vial is on the apex and not the neck, meaning there was glass everywhere. Thankfully, having attended my anaphylaxis update the previous week (you know, the ticky box CPD?) I had learned that we need to use red filter needles to draw up and then change to the green afterwards. I had purchased some red ones, so I was confident that I would not be injecting glass when I drew up the second vial.nAt this point, I knew the ambulance was on its way, and thankfully, Joe started to regain consciousness. His pulse was beginning to slow and become steadier. Therefore I didn’t administer another dose of adrenaline. My colleague handed me the phone as the emergency services wanted to speak to me, and I honestly can’t remember what they asked me. I continued to monitor Joe’s pulse whilst encouraging him to talk to me and then I dressed his toe.

Joe’s wife was waiting in the car outside and so we asked her to come in. On her way through she told my colleague that they had just purchased an EpiPen for home because Joe had reacted to a wasp sting a few weeks earlier…!

The ambulance took 40 minutes to arrive, as they got lost. This is a long time to be solely responsible for someone. A few silent questions came up in this time and so I questioned the paramedics about these when they arrived. 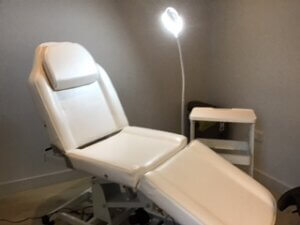 These were the answers:

Alison reflects after the event on her learning

I have considered what I should do ahead of future LA administration and these are my thoughts.

Has this happened to me? … Definitely, but I was in a main hospital day unit and I had injected IM voltarol and IV amoxycillin, local anaesthetic and  IV midazolam pre-surgery. Now try working out which drug caused a delayed reaction? It was not the IV drugs as these are instant; it turned out to be either the local or voltarol, which given IM seems more likely than the local anaesthetic and was the last drug given post-surgery. Doing a little reflective reading even after all these years in practice pays. Local would probably have reacted faster i.e during the procedure as in Alison’s case.

“The extent and clinical manifestations of LA-induced, allergic local reactions seem to depend on the depth of LA injection, meaning that superficial LA injections might cause symptoms other than those caused by deep subcutaneous injections.” Trautmann, 2019.

It was only when the patient was going back to her ward bed that symptoms alerted the nurses to call on us as we were in theatre and the full extent of the intramuscular drug became notable after 10 minutes. The hives around the neck and chest were impressive. The breathing difficulty was dramatic as the patient, moderately overweight, fought to gain breaths. The cannulation placed in a cephalic vein was essential. The crash team arrived promptly and 1 in 1000 adrenaline was administered IV under medical recommendation to one of our podiatry team. The 12-lead ECG showed normal. The female patient aged 68 was admitted overnight and discharged the following day at 7 am. My event was reported via the yellow card system as diclofenac sodium reaction. Was I anxious, scared, let alone concerned? Yes, it was a tense time, and the idea of losing a patient invokes thoughts that on your watch prospects of future practice might be stifled. However, although I was ALS trained even this did not prepare me psychologically for that eventual sudden event back in 1999.

Why do we feel like this and what holds us back? Well, it is simple. Crash teams work together regularly and put their learning into practice. Alison is skilled at undertaking the surgery because she does this routinely. When something is not routine, it can become difficult to recognise something rare and then take action by using a drug not used in everyday practice. We have available essential life support (BLS), but this is insufficient for a podiatric practice where drugs are used. As Alison states, anaphylaxis training is essential. Intermediate life support (ILS) is more appropriate because this brings into line automatic defibrillators (AEDs), IV access, and airway management into line. Why ILS – “we are in quite a remote location,” Alison says, and then also makes the valued comment – “This is a long time to be solely responsible for someone.” You cannot have enough training; the more, the better then routine becomes automated. In 1995 Wilkinson reported the first ALS dedicated course organised for podiatric surgeons. Today ILS is mandatory and ALS is recommended for all lead podiatric surgeons.

Alison’s pulse monitoring was essential and she recorded this faithfully. Blood pressure monitoring is also valuable as this falls during anaphylaxis and can help with any discussion with the emergency service.

“The ambulance took 40 minutes to arrive, as they got lost. This is a long time to be solely responsible for someone. A few silent questions came up in this time.” These three words are not new and are supposed to give pinpoint precision. First of all, this is what the London Ambulance service says in a YouTube LINK. They are positive this has value but not the only method. Digging a little further I wanted to know why three words might be less appropriate than other methods. Critics of the system have been reported in the BBC (2019) LINK it seems duplication and complex words can lead to wrong locations just as post codes can send drivers up the wrong roads. As Alison says we need to know out phonetic alphabet OKAY! Oscar-kilo-alpha-yankee.

How common are anaphylactic reactions to LA?

Most papers will suggest rarely, but of course, that’s fine if it is not one of your patients. The basics of airway management and reducing the inflammatory response is vital – oxygen and adrenaline are key. The problem arises if a further relapse occurs, where hospitalisation is necessary for fluids and steroids. Searching the academic library identifies several papers included in the reference. This search covers some early dental cases and is accessible in part on the internet from the National Library of Medicine. Seskin goes back to 1978 and uses mepivacaine hydrochloride (Scandonest) in a case history. Dentistry still is far in front of routine anaesthetic use in community settings. The table below (Trautmann et al. 2019) provides a small insight into sensitivity frequency. Articaine is used more in dental work, while podiatrists favour mepivacaine, prilocaine, ropivacaine and bupivacaine (Metcalfe & Reilly 2010). Trautmann’s work covers subcutaneous testing, and delays vary in time and, in some ways, provide a controlled environment. There are many factors to why people react and this relatively simple article cannot go into depth. Reading papers provides snippets of information that show the best we can do is consider any patient at risk, albeit rare.

It might be accurate to say that we do not know the incidence of reactions in podiatry, but this would be a valuable piece of work that the Royal College of Podiatry could follow up. Alison’s case notes are practical because they point out a vague history of allergy to wasps. “On her way through she told my colleague that they had just purchased an EpiPen for home because Joe had reacted to a wasp sting a few weeks earlier…!” Patients are notoriously poor historians. They often cannot tie up different elements of history. Anyone with an EpiPen should keep it on them at the time of attendance. This might well appear a sexist comment but men are often not as reliable as women at recalling details as we (men) attach different priorities to our rationale for answers. There might well be a case for ensuring that partners attend clinical appointments where procedures are being considered. This is a truly reflective case beautifully presented on a Facebook page as a blog. I am grateful to Alison for her permission to publish and draw attention to a previous article we worked on (LINK). 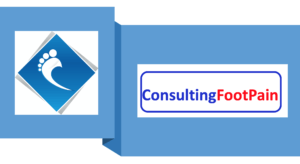 ConsultingFootPain is set up to promote reflections from clinicians and patients. After all, as we say at Busypencilcase Communications – “progress (only comes) through the art of communication”.

Consultingfootpain is grateful to Alison for presenting this article.
Published by Busypencilcase Communications. Est. 2015
28th February 2022