Reflections in podiatry and local anaesthetics 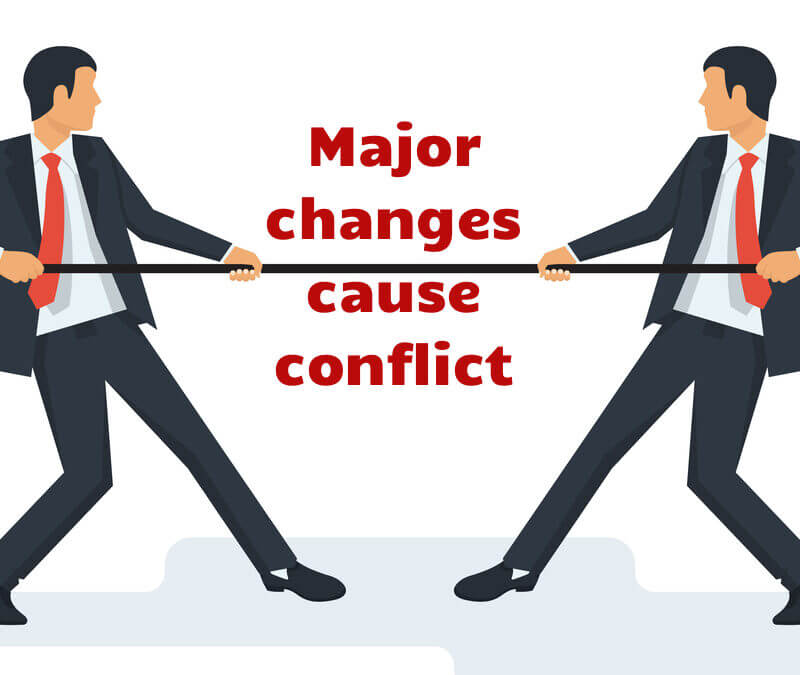 Reflections in podiatry and local anaesthetics

Part 6 History in the Making

Reflections in podiatry and local anaesthesia arrives this month from the welcome pen of Professor Alan Borthwick. Alan felt it would be helpful, and hopefully interesting, for readers to hear a little more about some of the available research on the topic. It is a great privilege that Alan has written for ConsultingFootPain on this topic as one of two living authorities on the history of podiatry. It is important to record our memories. As he says,

“Whilst appreciative of the likelihood that readers will be disinclined to consult our weighty tomes for some fun reading, I felt it would be sensible to offer a very brief version here of what we do know of the origins of the use of local anaesthesia in chiropody.  On that basis, I can only hope at best to give a flavour of it all. It has been the subject of detailed research by myself and Dr Margaret Graham.”

As a keen historian in Podiatric medicine and surgery, I feel that this article is perhaps more formal than many, but it is important in being available as OPEN ACCESS to all in a way that is reliable, trustworthy and quotable by anyone wanting to have a fully references series of resources at the level of a University. Emeritus Professor Alan Borthwick OBE is associated with the University of Southampton and a respected podiatrist and researcher in social matters associated with health. Ed. David

Actually, there are two elements which have tended to form the focus of research.  First, the formal recognition of local anaesthesia as a legitimate technique within chiropody, granted by the regulatory body (the Chiropodists Board of the Council for Professions Supplementary to Medicine) in 1972, as that marked a significant turning point.  Equally, statutory recognition of the right to access and administer local anaesthetic agents, which followed in 1980, also acted as a watershed moment. Indeed, over the years, claims of responsibility for securing these two successes have appeared in various professional journals and on occasion has led to some disagreement between the exponents of one account or other 1.

But neither of these historic events tells us very much about the initial use of injectable local anaesthesia in podiatry, as it had already taken shape prior to their occurrence.  However, most accounts agree that chiropodists started to consider using injectable local anaesthetics in the post-war period, after 1945.  Most, but not all. It still remains, to some extent, shrouded in mystery. In my own research studies, triangulated interview data from several respondents indicated that the London School of Chiropody in Kilburn may have utilised local anaesthetic techniques as early as the 1930s into the 1940s.  Belle Van Hesse, at the London School of Chiropody during that period, also mentioned it in an article in ‘Society News’ back in 1990 2.  Clearly, this remains a possibility, but there is a dearth of corroborating evidence, and it has proven difficult to confirm.

It is clear, however, that by the 1960s a small number of practitioners did utilise the techniques associated with parenteral local anaesthesia. It is evident that some of these practitioners acquired the necessary skills during service in the armed forces. During the Second World War and in the period of national service that followed, chiropodists were permitted to undertake procedures which were outside the usual scope of practice observed in civilian life. It is also clear that for some members of the Institute of Chiropodists, dentistry was viewed as a model to follow, with its use of local anaesthesia, as early as 1960 3. The practice of local anaesthetic injections was also seen by some as a means of raising the status of the chiropodist, at least to equal that of state registered nurses, as noted by one correspondent published in the British Journal of Chiropody in 1961:

“…local anaesthetics will have to be included in the future training of students…state registered nurses can give injections, state registered chiropodists cannot, so the chiropodist is lower in status than the nurse (how ridiculous).” 4 .

The Professions Supplementary to Medicine Act

‘a meretricious piece of gimmickry…’

The perceived failure of the Professions Supplementary to Medicines (PSM) Act (1960) to enhance prestige re-inforced the belief that chiropody required changes in practice before advancement along the lines of dentistry was possible 5 , and that such an advance would justify the earlier expansion of the chiropody training course from two to three years, back in 1953 6. Nevertheless, some chiropodists were opposed to the idea 7. The grounds for opposition usually cited were the perceived lack of need for the technique and the fear that it would result in de-skilling, removing the need for the dextrous, careful handling of painful corns which was the hallmark of the traditional chiropodist 8. The “pain barrier” would be removed from practice, and the dextrous skills of the chiropodist in treating an ingrowing toenail without analgesia would be lost forever; practitioners would be encouraged to rely on local anaesthesia and unwittingly deskill themselves – so went the logic 9. Today, such a logic and belief may seem misguided and even mildly barbaric, but it was all too real in the 1960s, as one member declared it to be “a meretricious piece of gimmickry so typical of the age of fallacy and farce that we live in today” 10.

The Institute of Chiropodists

Nevertheless, prominent Institute members (Andrew Roberton and George Lewis) ran short courses on the theory of local anaesthetic use in podiatry, and may have run informal impromptu practical sessions for interested colleagues 11. Interestingly, however, it does appear that these courses sought to use small concentrations of local anaesthetic agents for a fairly limited application, rather than signalling an intent to widen the scope of practice into a surgical arena, as it stated that a 2% lignocaine plain solution was “not advisable” as a “0.5% or 1% [solution] is adequate for all procedures” 12.Rank and file Institute members called for plans to formalise training in local anaesthesia as early as 1962 13 , some asserting that the practice was common 14, others expressing the view that opposition to the technique was “bigoted rubbish” 15. 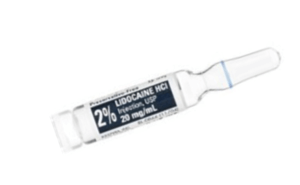 The use of local anaesthesia by podiatrists did, however, finally prompt both the Society and the Chiropodists Board to launch separate investigations into the practice, the former a response to enquiries from within the membership 16 . The Education and Examinations Committee of the Society was directed to investigate the matter.  At the time, the Institute appeared to be in favour of developing local anaesthesia 17, although, understandably, the Society was hesitant about promoting any development which did not enjoy medical support 18 or that might open the floodgates to invasive surgical practice which would be likely to provoke medical hostility 19.

The Chiropodists Board appointed a working party to investigate the use of local anaesthesia in chiropody in 1965. Although the Board enjoyed a majority of professional representatives 20, the Working Party comprised an even balance of medical members and chiropodists, with an additional medical member (an anaesthetist) present at one meeting 21. Although the Board had previously advised the Society not to circularise its members to ascertain how many were using the technique 22, the final report claimed that there was little evidence of the widespread use of local anaesthesia in podiatry 21. The report of the Working Party was endorsed by the Board, which planned to issue it to all state registered podiatrists in June, 1968 21.  It concluded that “nerve trunk block” and “ring block” techniques should “not be used by podiatrists at all” 21.  The principal concern had been the issue of training and scope of practice, each of which were deemed “insufficient to justify” the use of local anaesthetics by chiropodists 21. The report sought to clarify the extent to which training and education in dentistry differed from chiropody, emphasising that dental students received a “thorough training” and that they enjoyed the benefits of a “very close association with medical schools” 21.  Whereas the Society agreed with the Board that the current training was insufficient to justify the use of the technique, it disagreed that this extended to the scope of practice 22. Equally, it, of necessity, stressed its reliance on the support of the medical profession, acknowledging that it was “inevitable that, initially at least, the training in anaesthetic techniques must come from the medical profession” 22. Indeed, this point was stressed by a senior Council member of the period in interview, who commented that:

“But we couldn’t do much in those days without medical assistance. We couldn’t. You couldn’t fly in the face of it.” 23,24 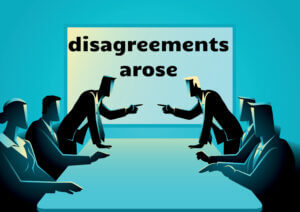 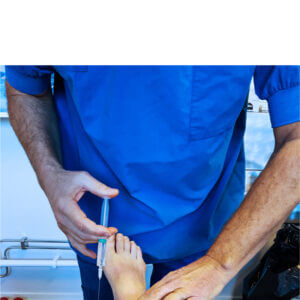 There was, however, a fly in the ointment.  A group of local Croydon-based practitioners had organised as a group, and were actively using, and then offering training in, local anaesthetic techniques.  It had not been approved by the Society, Institute or medical authorities, but operated independently, drawing on the skill base of key members who had acquired the skills in the Armed Forces.

” an increasing number of chiropodists have been using local anaesthetics, some probably on the strength of their training experienced in the forces, but others without training and possibly without insurance cover. Some chiropodists have been eager to enlarge their scope of practice and to master this particular technique…and have organised and undertaken post-graduate training courses for themselves, with the help of medical consultants.” 25 .

The Council of the Society regarded this situation as “unsatisfactory”, and sought to rectify the problem by instructing its own Education and Examination Committee to create a syllabus which would provide the Society with a means of establishing a mainstream programme capable of being recognised by the Chiropodists Board 25 .

“Chiropodists who wish to utilise local analgesia should have the opportunity of taking a post-graduate training to a specified minimum standard. The Education and Examinations Committee has accordingly been asked to draw up a syllabus of training for the use of groups, branches or schools who may wish to organise a post-graduate course” 25.

The Croydon Postgraduate Group had formed from a local Society branch with the express intention of establishing courses in local anaesthesia for state registered chiropodists, as a direct response to the Chiropodists Board report 26.  This point was emphasised by the original leader of the Croydon Postgraduate Group, who mentioned in interview that “The group was formed with a specific view to running courses in local anaesthesia.” 23. The scene was set for the next chapter of events 24,27, 28, 29, 30 .  The activities and progress of the Croydon Postgraduate Group occupied centre stage 24,28, 30, before the spectre of the implementation of the terms of the Medicines Act (1968) finally became apparent 27. It was soon followed by the creation of the Podiatry Association 28,28,30.  Each of these issues has been fully documented in the references cited, and the latter in particular is examined in detail in the beautifully crafted and influential thesis of Margaret Graham, which I commend to any reader interested in the drama of that historical period 3.

Ed. Note the Podiatry Association existed between 1974-1996/7 and was subsumed by the now College of Podiatry and registered through Companies House. It does not exist as a separate body.

Alan, together with Susan Nancarrow, has just launched a joint authored book this March (e-book and hard back are available from Amazon) 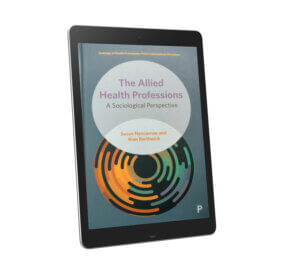