The Mysterious Case of the Shrinking Ligament 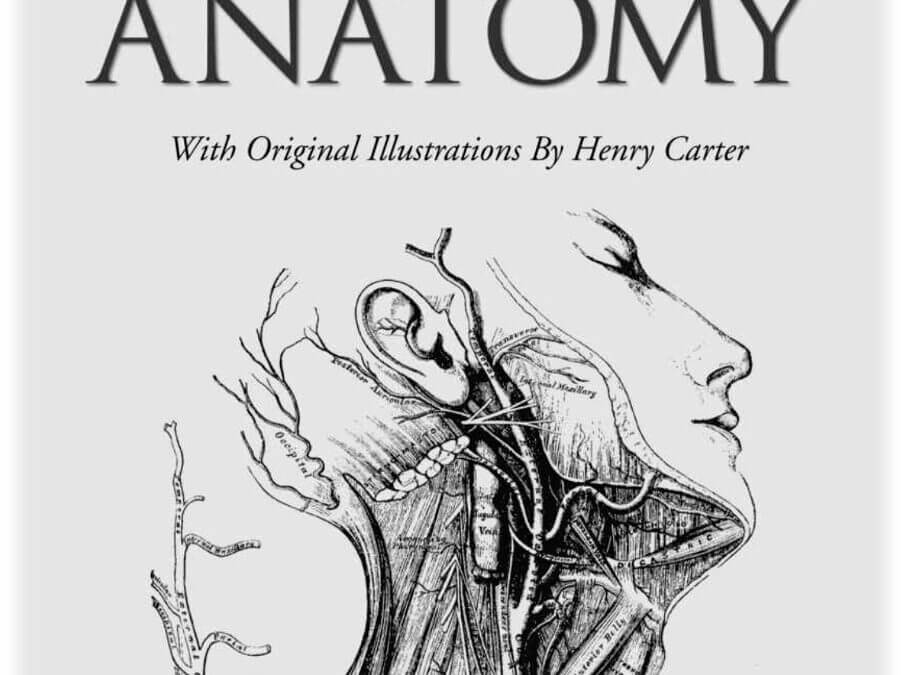 The mysterious case of the shrinking ligament

Podiatrist David Holland ponders the first imprint of Gray’s anatomy text and the early illustrations made of the medial ankle ligaments. He considers if this is truly a case of a shrinking ligament, or an overambitious artist enlarging on the structure. It remains for the reader to conclude. (Editor)

The year is 1858. Charles Darwin is putting the finishing touches to his On the Origin of Species – to be published the following year. In America the Civil War (1861-65) which will tear the country apart is a mere 3 years away. And in London Gray’s Anatomy – Descriptive and Surgical is first published, to great acclaim from the medical establishment in Britain, and to similar acclaim of the medical establishment of the USA when it is published there in 1859.

The 1858 Edition of Grays Anatomy, published by Parker and Son, was a collaboration between two clever and ambitious young men, the Author, Dr Henry Gray FRS, and the Illustrator, Dr Henry Vandyke Carter MD (Gray and Carter 1868).

The first Gray’s Anatomy stood out from other medical textbooks of the time – it was easily understood by medical students, and complimented by the excellent cadaver illustrations, sympathetically drawn by Henry Carter. The dissections for illustrative material were performed by both Gray and Carter, respectively Anatomy Lecturer and Anatomy Demonstrator at St Georges Hospital, London. 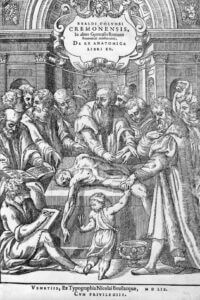 In 1832 the Anatomy Act made provision for the procurement of corpses for dissection from the Workhouses (Richardson 2008). Before this the only legal way to obtain human dissection material was from the gallows. The supply of fresh corpses to Medical Schools was thus limited to condemned criminals and execution days.

The shortage of legally-available cadavers, coupled with increasing medical demand, ensured that bodies suitable for dissection became a valuable commodity in their own right. By 1820 both grave-robbing and murder were employed to satisfy demand. Grave-robbers, because they lifted the dead from their graves, were euphemistically known as “Resurrectionists”. In Edinburgh the infamous duo Burke and Hare started out robbing graves, but at some stage found murder to be a more efficient way of procuring fresh bodies, for which they had already established a ready market. Because of the Anatomy Act of 1832 the dissection material for the 1st Edition of Gray’s Anatomy was almost certainly obtained from Workhouses, rather than by grave-robbing, or murder.

In 2016 a paper was published in Orthopaedics and Trauma. Entitled Biomechanics of the ankle it featured two diagrams showing the medial and lateral ankle ligaments. These were taken from a copy of Anatomy of the Human Body, dated 1918, and purportedly drawn by Henry Vandyke Carter and described by Henry Gray (Brockett and Chapman 2016). 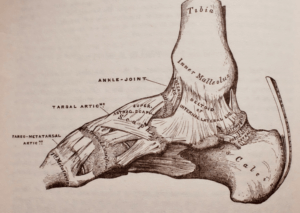 It is well-documented that Henry Vandyke Carter left England for Bombay, India in 1857, and that he did no further work on any of the subsequent editions of Grays Anatomy (Richardson 2008). Nor could any further collaborative work possibly have been undertaken between Carter and Gray after 1861, since Henry Gray died at the age of 34 in June 1861, of smallpox (The Lancet 1861). Any work claiming to have been undertaken jointly by Gray and Carter after 1857 was either retained, from work already published in the 1stEdition, or new work added to subsequent editions of Grays Anatomy by different authors. 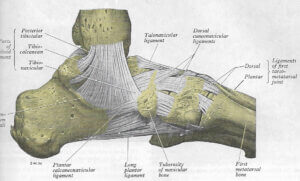 How accurate is the Carter illustration of the Deltoid ligament of 1858? Was it exaggerated so that students would be sure of each structure shown, or was it a precise representation of the cadaveric foot reduced to the level of the ligaments? A clue lies in Gray’s description of the ligamentous attachment to the tibia. ‘The superficial layer is a strong, flat triangular band, attached above to the apex and anterior and posterior borders of the inner malleolus.’ (Gray and Carter 1868). Gray has described the ligamentous attachment as it appears in the illustration. Moreover, his description does not really accord with later diagrams and photographs, which mostly show a reduced version of the Deltoid.  From this we can be reasonably sure that Henry Carter illustrated what he saw – a robust arrangement of bones and ligaments of the foot, with a prominent Deltoid ligament very securely attached to the medial malleolus, amongst them.

The illustration by Dr Henry Vandyke Carter was copied from cadaveric material, obtained from a Workhouse, from a body from the lower classes. The main features are the robust bones and ligaments which are shown in some detail. The foot itself is strongly suggestive of constant heavy use from an early age. That Carter’s Deltoid ligament is larger than is seen today is probably a consequence of that. In 1858 footwear was expensive, and in the lower classes of Victorian London it was common for children not to wear shoes. It is likely that the subject went barefoot as a child and was poorly-shod as an adult.

The healthy Deltoid ligament is key (in conjunction with the long invertors of the foot) in stopping the foot from continuing to evert once it has completely interfaced with the ground (i.e. at mid-stance). It allows the joints, and in particular the subtalar joint, in combination with skeletal muscle, other ankle ligaments, and fascia, a certain amount of latitude to account for uneven surfaces. Once the foot has planted and is taking weight however, it will play a large part in resisting further eversion at the ankle. This aids comfortable upright support, and confers the ability to quickly become mobile, when the foot must invert before toe-off (Holland 2020).

The 1st Edition of Gray’s Anatomy presents a foot in which the bones and ligaments are robust. The Deltoid ligament in particular, is shown as a large, strong structure. Later work, purported to be by Gray and Carter but published over 50 years after the death of Gray shows a smaller Deltoid ligament. It is disputed that this was illustrated by Carter, or described by Gray. An explanation has been offered for the size differential of the Deltoid ligament in the two illustrations which are 50 years apart.

The Gray’s Anatomy of 1858 allows us a glimpse into the past. Each illustration was taken directly from careful dissection, rather than copied from other work. It provides a permanent record of the anatomy of the average lower-class mid-Victorian. For those who have an interest in the lower limb, and particularly the foot and ankle, the illustrations clearly show a robustness of structures – muscle, bone and ligaments – which are largely missing from subjects today. To delve further into the 1st Edition, an inexpensive paperback facimile copy can easily be sourced from the internet. A First Edition of Grays Anatomy published by Parker and Son is eye-wateringly expensive – if you can find one.

In 1860 Henry Vandyke Carter identified the contaminating organism (a deep mycosis) responsible for an unpleasant condition known as ‘Madura Foot’. He developed the name ‘mycetoma’ – tumour caused by a fungus (Richardson 2008).

Why not sign-up and stay in touch with regular newsfeeds