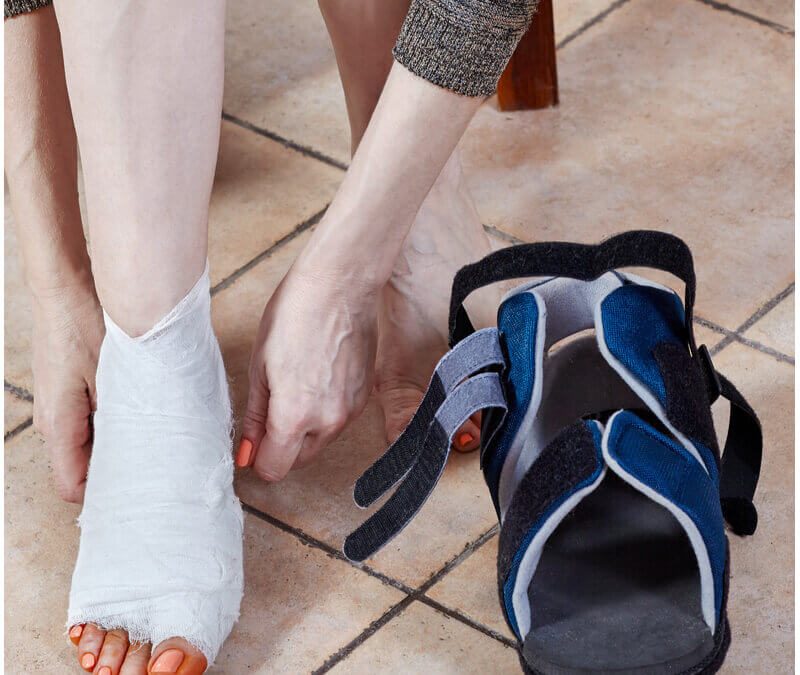 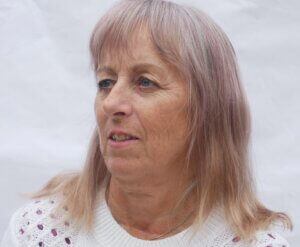 My bunion story starts at 9 years of age when my mother stopped me ballet dancing, as a local Chiropodist, we visited told her that it would probably increase the progression of my bunion ( likely inherited from my grandparents), due to the excessive pressure on my joints during dancing and the lack of support from the soft shoes. I was just about to go ‘en pointe’, so I guess that would’ve made it even worse! Now, 50+ years later and as a Silver Swan ( adult) ballet dancer, I now regret that I didn’t pursue my dancing as a child, despite my mother’s anxiety about my feet. 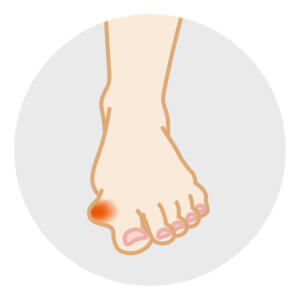 I have tolerated the ‘bump’ on the side of my foot for many years now and apart from early joint change pains, I can’t say that it has troubled me greatly apart from obviously restricting the wearing of certain shoes.  Now having been a Podiatrist for 40 years myself, I have seen the consequences of my patients’ bunions, some of whom have avoided surgical treatment, and others who have had both unsuccessful & successful procedures in the past. Over the last 2 years, I have noticed a deterioration of my foot condition with the progressively sideways displacement of my right big toe causing the lesser toes to be pushed over into the sides of the footwear. 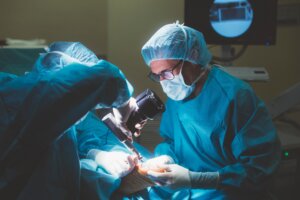 Knowing the problems that can occur as a result of this pressure put onto the toes, I decided to seek further advice from a Foot & Ankle specialist surgeon with whom I’m acquainted with a view to having my foot operated on. I always thought, and certainly advised my patients, that it was beneficial to seek the opinion of a ‘Podiatric’ surgeon if they were opting for foot surgery, as usually, the post-op care is more thorough with Podiatric intervention as we are used to knowing and seeing the consequences of poor operative follow up care in many of our patients. I saw my (Orthopaedic) surgeon in February 2020 for an initial consultation on the NHS. I was formerly going to see him on a private basis, but his secretary advised me that the X-ray/imaging fees would be quite costly. As I had no pain/discomfort symptoms, I decided a wait of a few months or more on the NHS would be acceptable. Of course, as my appointment was pre-Covid I had no idea as to the extent of the waiting list looming?! I had a follow-up appointment in September 2020 and was formally placed on the surgery waiting list and signed a consent form. I only had brief information given at this appointment and then assumed that I would have a long wait before seeing the surgeon again to discuss the procedure further. Imagine my surprise when I had a phone call in March 2021 from the admissions at the County Hospital offering me a date for my surgery in 5 days’ time! In hindsight, I believe that the hospital was probably under pressure to meet deadlines i.e. perform surgery within 6 months of signing the consent form.

Unfortunately, being a busy professional clinician with my own patients booked weeks ahead, I had to decline the offer of imminent surgery and go ‘back’ on the waiting list as I simply couldn’t organise everything in so short a time. In April I had a call from the private hospital in our local town asking if I would consider having my op there (still on the NHS)? Of course, I agreed as the facilities and environment there are much nicer. Once again, admissions sent me a date with less than a week’s notice to prepare, so I bargained with them to get a date in mid-June, giving me 5 weeks’ notice to get my ‘life’ in order before the event.

The day of surgery 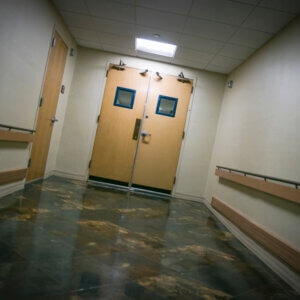 I was taken to the hospital at 7.30 in the morning of the op, & following visits to my individual room by a multitude of staff for the next 3 hours including the surgeon, I finally went into theatre at 10.40 am. Everything went relatively smoothly and I was surprised to awaken just after midday to find the op was over and I could see a relatively straight alignment under the heavily bandaged elevated right foot. After a few hours in recovery, I was able to be discharged home with a huge bag of painkillers, and anticoagulant injections but no physio/OT intervention. I discovered a box with a Darco (walker) shoe left on the shelf as I got myself dressed and a nurse came to carry my bags and heel walk me to my lift waiting to take me home.

So, my overall experience of the actual operation day was relatively kind and no pain or discomfort was felt due to the heavily anaesthetised limb, but I was left feeling a bit disinformed postoperatively and wondered if this was due to the fact I was a Podiatrist and that I should know it all ?!! Over the next few days I gathered as much information as I could from books, Pod friends/surgeons and social media sites, and after a mass of conflicting opinions, came to the conclusion that I would just be sensible and use my common sense as to ‘what worked for me & my foot’.

I’ve since attended the hospital twice for re-dressing appointments, seeing the surgeon, albeit briefly, on both occasions. He asked me to wear the elastic stocking ( left leg) for a further 2 weeks, but when I told him that gave me more grief than the operated foot and as I had to take the anticoagulant injections for another 4 weeks, he gave in and said I could remove it. I offered to compromise and keep it on until the weekend, at which the young male nurse who had trimmed the stitches laughed and said ‘ I like your compromise!’  I said I ought to keep him ( the surgeon) happy or he may want to remove some more bones or something??!! 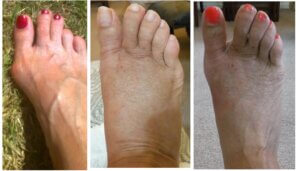 Left to right: before, during recovery and after recovery

So, to summarise, so far I have found the whole ‘bunion’ corrective surgery to be much less complex, relatively painless and much less burdensome than I expected. I would therefore recommend anyone contemplating surgery to go ahead as soon as possible. The younger and fitter you are, the quicker you are going to heal and re-mobilise. I was very fortunate that I knew the proficiency of my surgeon, I am relatively healthy and have fairly strong legs through walking a lot beforehand and my dancing of course.

Maybe I also have a stronger pain threshold than most, as I can honestly say my sleep, movement and activity have not been compromised too badly at all, but do not be deterred by horror stories of bunion ops in the past. Medicine & surgery have moved on in leaps and bounds during the last 10 years or so, and what was once a fairly complicated & disabling operation, is now a straightforward and almost ‘routine’ procedure, especially if you research the surgeon’s remit and maybe seek more than one opinion in order to make an informed decision.

Less than 3 weeks after my op, my foot appears much straighter, my wounds healed and I even managed a short walk into the field outside our house today. I must add that I have been elevating my foot for most of the past 18 days and my numb posterior is a testament to that! I hope everyone’s experience and outcome are as satisfactory as mine, bear in mind that common sense must prevail and if you’re a patient good results will appear!

Thanks for reading Jane Clare’s story which will help others undergoing treatment. Hers was a successful case, although this is not always the outcome. Consultingfootpain has produced a number of case stories. Read more here. You can also now read Foot Health Myths, Facts & Fables about feet which includes a large section on this troublesome foot condition.

Bunion Resources on this site

Thanks for reading ‘Tales of Foot Surgery’ by Jane Clare