Podiatry as a mature student 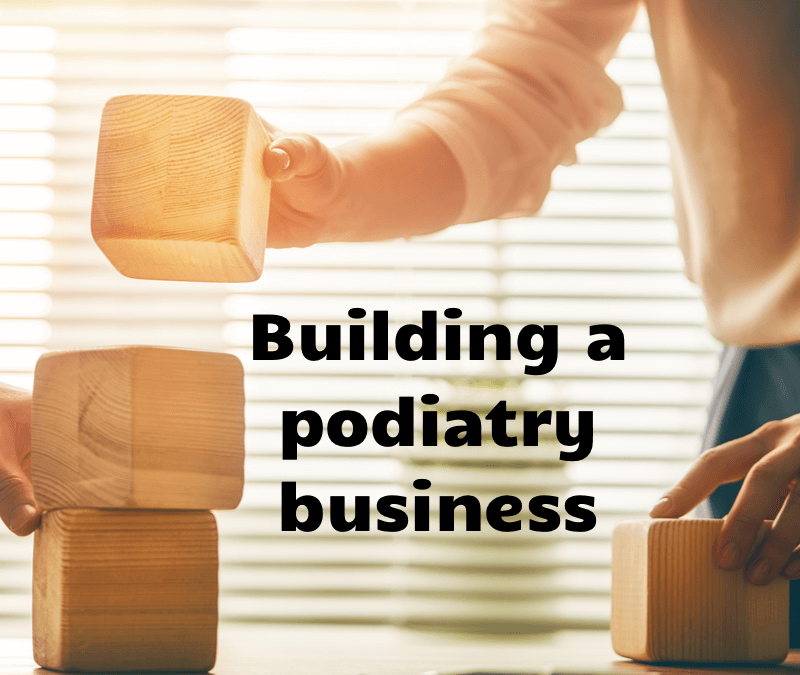 Defining your career and changing direction

When asked how Victoria North sees herself, she reflects that she is both a businesswoman as well as a podiatrist. It is good to ask what a businessman or woman is, let alone try to consider what a manager is? All these attributes collide when it comes to clinical practice. 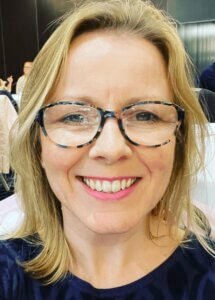 “I’m not self-employed.” She tells me and adds that she is the Director of her company and she employs herself. She also employs four other podiatrists and a receptionist. She wanted the stability of a Company and having that to go forward is really important and really key for me and the people who work for us.

At the age of 26 she was working as a computer developer and analyst in the NHS and after the birth of her first child she decided to rethink her career. She always wanted to be in a hands-on occupation. Victoria is an example of a mature student entering podiatry but who benefitted from working before returning study at Northampton University.

“I had some work experience in the NHS under nursing and did some shadowing for podiatry. After 10 months on the renal ward in Oxford as a healthcare assistant alongside my full time IT job, I quickly realised that nursing wasn’t for me. There’s only so many bottoms one person can look at, but I loved skin. So it was dermatology that initially got me into it. And I met a lovely patient who was an amputee, she was in renal failure, and a viral rash. Nobody wanted to go near her as she was diabetic. One of the nurses commented; well, actually, if this interests you, you probably want to look at podiatry. So that’s what I did, and I went and shadowed ‘podiatry’ locally – I was sold. Couldn’t wait to get back after lunch. So yeah, that was the route in for me.”

Victoria did an access course to boost her school educational credentials as she did not have the appropriate ‘A’ Levels. And so she started her career in podiatry as a mother and mature student.

“I had a five-year-old and a one-year-old. And I have to say it was the best three years studying I’ve ever had. It was fabulous. The course was great, the students that I was with are now fabulous colleagues all around the country and the world actually. And the lecturers were great. It was a really positive start.”

During every holiday she shadowed various people in order to gain more experience and broaden her scope. Heavily influenced by those who encouraged her she attended several podiatric surgeons in the Oxford and Northampton area. One of these centres assisted with her degree dissertation.

Most podiatrists start off on their own and Victoria was no exception. Initially she worked for the NHS in the neighbouring county of Berkshire. Victoria  created her first business as a sole owner having been a podiatrist for about three years. Her main area of interest was musculoskeletal (MSK) work although originally on graduating she wanted to pursue her other interest, surgery.

She had a receptionist and then took on two other podiatrists as the workload increased. She promoted musculoskeletal work and then used a podiatrist to continue with the MSK work. She found that education and training courses were beneficial in helping other podiatrists locally. This came under the arena of educational promotion. Victoria saw the future lay in expansion; her practice and her career.

Although passionate about podiatry she saw her role as more than just managing feet. When developing business we know the most important aspect is to stand back and not try and do everything yourself. You have to manage your time, your practice and ensure you have the right people to employ. Her view was to become the foot and ankle experts of Oxford. She took in a physiotherapist and started to brand her business as managing the lower limb. She has a business partner today but she admits her real passion is to move toward foot surgery. 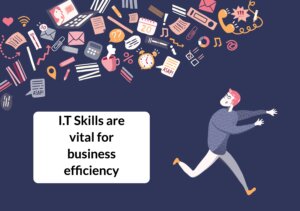 Using her former IT skills

During the pandemic she helped set up the Local Oxford branch which shows that she wants others to share her business ethos by bringing people together and helping people develop their IT skills – how to do things with website hosting and explaining  basic concepts that people don’t understand as a process. She feels it is important  to provide people with an opportunity to take control themselves, so that they’re not feeling caught feeling caught within the IT maze.

I asked how much she thought her career in IT helped her to develop the business side.

“A huge amount. What it did initially was give me the opportunity to have everything online, everything accessible. People could find the business; they knew what we did and what we were about. From a financial point of view because I could do all this myself, it meant that there was no extra costs. You’ll still find me every Christmas  redoing my website as a Christmas treat to myself. I love IT and I love tech. So even from day one, we had an online patient system. In a previous job I used to write hospital systems, so I was very aware of what was required. And I’m very old school, if you don’t put the information in, you’re not going to get it out. I love data!”

Successful MSK podiatrists need to engage with gait laboratories. One way of expanding is to provide high tech support. Even her children were part of a regional sample at the Nuffield Oxford hospital and had their data analysed. As one of her drives to enlarge her practice she needed space to house fixed video cameras.

She points out that MSK knowledge  is essential when evaluating reports to work out what’s going on. The gait laboratory is an extra tool and attracts a large number of runners to her clinic. This is an area Brenda, her  business partner and she are interested in. This means she can help people improve following injuries. “Having a good team behind you is important and helps networking,” she says.

Victoria recalls a woman in her 20’s with the viral skin problem that causes foot warts. Her patient was very nervous  and her foot had been left without any attention for over 6 years. Using the latest microwave treatment, which is one of the destructive a heat therapies she destroyed the virus.  After the course of treatment Victoria has a fabulous review on her website saying how she had been so nervous and yet had giggled through the whole process, even though she was scared.

Victoria is an example of someone wanting to constantly improve. Professionalism is all about constantly keep up to date, being engaged, taking on new subjects and expanding. It doesn’t matter what field of health you work in, or where you work. A career is for life, but a job is not –  because by definition to be successful we must educate ourselves constantly.

When we compare our young versions from school to the post qualification period, start families, as in a marriage we have to constantly re-evaluate relationships. Those relationships come back to reflection – how we see ourselves as we mature. If the job become a drudgery then we have failed to see opportunities to re-evaluate ourselves. This is no different with podiatry. Victoria embodies these philosophies.

“Maybe in hindsight, if I’d known I wanted to do this at 18, I could have gone for the orthopaedic route. Even though you know there’s not a lot of jobs, you can create jobs. Looking back – over three or four years,  I decided to pick up my dissertation again. And I’m now doing that with Huddersfield to complete my Masters in Podiatric Surgery.”

She rejects the gender equality mantra but appreciates that progression is also about knowing the right person as a mentor and that networking is essential in a profession that is travelling rapidly to expand its role on UK healthcare.

From everything she has told me, Victoria is keen to support and educate her colleagues as well as encouraging work experience students.

“If they’re interested in health, in people, and seeing something through to the end then podiatry is right for those self-engaged. As a career podiatry is fabulous because there’s so much choice, whether it be a sport side, or dermatology, or surgery route, there is such a wide range. I’m glad that I chose podiatry because actually what I can do is like a whole job. So if I get somebody in, I can both diagnose, treat them and come up with a treatment plan. If it’s not something we can do, we’ve got the skills to know where to send them. What’s the next level? That’s what interested me with surgery, because then that next level is actually could I still offer that?”

With these final words we know that Victoria will continue to pursue her dream but it is clear she has a plan, knows where she is going and also knows that podiatry is a profession where women can do as well as men.

You can read: What Career to Choose After School? 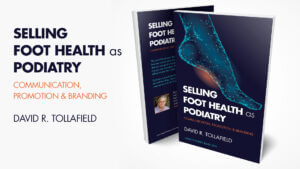