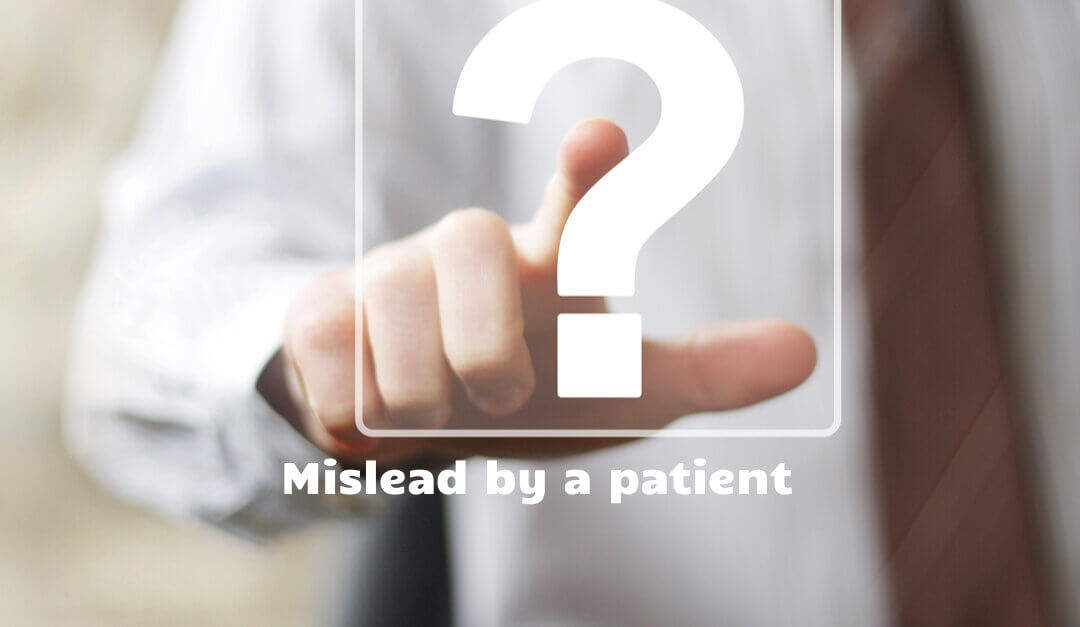 The subject of patients who mislead clinicians do is not intentional. However, being misdirected can cause delays in diagnosis. Dr Paul Stepanczuk is an experienced podiatric physician and surgeon from the USA, and today he shares a case of ‘melanoma’ around the toenail for ConsultingFootPain. You can also read my own observations from my father case of terminal cancer.

Being a general provider type of podiatrist, I thought, was very rewarding.  However, seeing patients on a routine basis can become too routine. The scenario for this lesson did not happen early on in my career.  Rather after about 15-20 years.  By then, I was used to seeing several people regularly.  I thought then and still do that palliative care was safe, keeping people comfortable, on their feet, at their place of work and out of possible harm from pressure problems.  I was used to having the occasional patient present for this care only to find they had another foot problem that I also needed to address.

So it came as no big surprise that a gentleman well into his 80’s came in for his regularly scheduled care and then told me.
“I hit my big toe under a door, and the nail came off.”
“When was this?”
“Oh, maybe a few days ago or something.”
“Are you in pain?”
“Oh no, but it’s draining, and I thought you should look at it.”

On examination, the left hallux had no nail. I noted a clean nail bed without erythema, cellulitis, ulcer or swelling.  On direct pressure, there was no pain. However, there was mild serous exudate. I advised daily gentle cleansing and a light dressing. Upon his return, 1 week later, I noted no sign of inflammation. The skin was intact and the nail bed clean without an ulcer, and there was no drainage. I advised him to discontinue the daily dressings and cleansing, keep a regular watch on the nail bed, and always wear shoes and socks around the house.  The patient was not seen again until a few months later for routine care, and the left hallux nail was regrowing from the proximal eponychium in a normal fashion.

When he returned for regular care again, he reported that the nail had again come loose and fallen off.  He denied any trauma or pain.  The patient informed me that the nail had grown just so far and then had become loose and fallen off.  I noted again that he had a clean nail bed without ulcer, erythema, cellulitis. There was a very mild, gently curving soft bump where the patient indicated the nail had become loose.  There was no pain on palpation.  An x-ray at this time failed to reveal any osseous abnormalities, including exostosis. I repeated my advice about daily cleansing and dressing.  After one week, there was no drainage or pain or any sign of inflammation.  At his next visit (a few months later), the left hallux nail was regrowing normally again from the proximal nail eponychium.  However, at his next visit, he had the same complaint of the nail regrowing just so far and then loosening and falling off. Again he denied any recent trauma or pain, yet the nail had regrown to the level of the gently curved elevation in the nail bed. It remained unchanged from the last visit without an ulcer and had the same colouration as the rest of the nail bed.  In fact, it was rather difficult to see and would not have been noticed if not for the nail problem apparently associated with it.  Under such circumstances, I had learned that returning to the beginning was best.

“So this began when you hit your toe under a door?”
“Well, I guess so.”
“What do you mean?”
“Well, I don’t remember hitting it under a door, but what else could it be?'”

Bells going off and red flags waving would be an understatement.  I advised we biopsy this gentle curve in his nail bed, and this was performed as a shave biopsy the next day at a surgery centre.

Biopsies from there are sent to a hospital pathology 2 miles away for examination.  A full 2 weeks went by until I received a fax from pathology stating the final diagnosis was amelanotic melanoma.  I was able to immediately telephone the pathologist to inquire why it took so long to get the results.“Well, we are understaffed. Currently, I am the only pathologist for the 2 hospitals and the surgery centre. This was the best I could do.”

It was then a matter of contacting the patient who did not answer his telephone all morning.  By lunchtime, I drove over to his home due to my concern.  A neighbour then told me she thought the patient and his wife might have already left for Florida for the winter; the exact location was unknown.  Hoping for the best, I left a note for the patient to contact me immediately, which, fortunately, he did when they returned from grocery shopping.  That day a visit to my office revealed no ulcer, no drainage. His biopsy site had healed, and there no sign of infection.  He was then referred to a specialist in melanoma at one of the large medical centres in the area.  When he returned for general care many months later, it was minus his left hallux.  Further testing and examination failed to reveal any sign of metastasis.  This patient went on to live several more years before succumbing to an unrelated cardiac problem.

Subungual melanomas are uncommon, while amelanotic melanomas are rarer, especially if truly colourless.   They can be misdiagnosed because of nonspecific appearances? The point of this article was not to discuss or further argue how to diagnose and treat these pathologies but rather to point out the importance of taking a proper history and examination.  The most important concern must arise around the reliability upon which patients can be trusted historians.  They often want to tell the doctor what they think is important and what they think the doctor wants to hear, according to what they think they know.  A balance needs to be found in trusting the patient and respectfully asking direct questions.  This is sometimes overshadowed by the fact that the elderly may be subject to disrespectful or even belittling questions about their basic lives.  They may have been made to feel humiliated about making a questionable decision, or an accident happened that should have been avoided. Gentle, direct questioning is necessary from the beginning. (Figure shown courtesy of JAMA).

I recall over the years that several patients had suspicious subungual unpigmented problematic areas. Shave biopsy failed to reveal significant pathology at the time.  These types of situations are retained and cerebrally filed – Lesson Learned!

The Author
Dr Paul Stepanzcuk is a U.S podiatric physician and surgeon who advises and writes for ConsultingFootPain. You can read his recent article on the case of an ankle fracture. Ankle Fracture v Ankle Sprain

Thanks for reading ‘Patients who mislead clinicians’ by Paul Stepanzcuk.