Anyone who knows about bioengineering will appreciate the gap between clinical podiatric biomechanics and the purest theories relating to the science of kinematics and kinesiology. To simplify the ideas of physics, acting on the foot was an important part of podiatric progress, but since the seventies, many elementary principles are flawed. David Holland lends a hand in providing his take on developments following his own studies allowing him to reflect on the past. [Ed.] You can download this article for your CPD portfolio 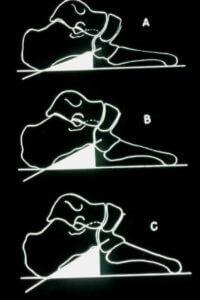 What makes Bioengineering, also known as Biomedical engineering, different from Podiatric Biomechanics is an insistence by Bioengineering on scientific engineering principles in research and practice. These are the same principles used to ensure that bridges stay up, ships float, or artificial hip joints work. Podiatric Biomechanics, on the other hand is far less rigorous in scientific methodology. This was most clearly demonstrated in the 1970s by the profession when it enthusiastically, and almost without question, embraced a whole treatment paradigm based on a single research paper Axis of the Subtalar Joint (Root et al 1966). Subsequently, the Rootian theory, and the spin-off of the Criteria of Normalcy (Root et al 1971) which purported to describe normal lower limb biomechanics, was widely criticized.The obvious faults in the methodology of the seminal 1966 research paper by Root and co-workers of too small a sample size and too wide a variation in findings have been well-described by various authors over the intervening years.

Testing for Criteria of Normalcy took place in the clinic or the gait laboratory. It is important to note that in both cases uniformly hard and horizontal floors are used. Criteria of Normalcy testing failed to recognise the wide biological variation of normal range-of-motion in the foot and ankle. Variation of range-of-motion, as dictated by age and sex, was not taken into account (Ball & Johnson, 1996). Neither were the effects of undulating and/or soft supporting surfaces on foot posture taken into consideration, despite clear evidence of healthy feet being adaptable to many types of supporting surface (as shown by unshod holiday makers on beaches, or cross-country running, for example). One interesting tenet of Criteria of Normalcy is that it dictated that at heel-strike the calcaneus should evert to vertical, or not much more than vertical.

In fact, the literature shows that the position of the ground-reaction-force (GRF) vector in the frontal plane in normal ambulation is through the tibia, which fits with the calcaneus everting only slightly at heel-strike (Adams & Perry, 1994). From there the ground-reaction-force vector moves laterally at midstance (Sliktar & Bo, 1995), and not medially as would be the case if the foot continued to pronate much past calcaneus-vertical. When collecting the GRF vector data, these gait studies, by necessity, due to the sensitivity of the equipment, were carried out in a gait laboratory. It is, therefore, reasonable to hypothesize that for maximum efficiency in both support and slow and rapid gait on a variety of surfaces the rearfoot should be capable of high flexibility in terms of pronation and supination, but that one of the frontal plane components of pronation – eversion – should be limited to only a little more than calcaneus-vertical to ensure a stable rearfoot structure, allowing the midfoot and forefoot to adapt to the supporting surface.

The other frontal plane component of pronation – inversion – has been shown to be much higher than previously reported in normal subjects (Holland, 2018). This greater inversion-to-eversion latitude may be helpful in allowing the lower limbs to conform efficiently to almost any terrain for support and ambulation.

The need to limit calcaneal eversion to vertical, or slightly more than vertical would also explain the apparent anomaly of the medial ankle ligaments, especially the Deltoid ligament, being much more robust than the lateral ankle ligaments (McRae, 2016).  It might be reasonable to assume that since ankle sprains are relatively common in homo sapiens, the ankle would have evolved so that the lateral ankle ligaments were at least as robust as the medial ankle ligaments, but this is not the case. During weight-bearing and ambulation on any surface, the strong deltoid ligament is in an ideal position to offer substantial medial support to both the talus and the calcaneus against eversion much past vertical.

A different biomechanical paradigm to Root, although closely related, is that of the pitched subtalar joint axis (Green & carol, 1984). It continues to enjoy popularity within podiatric biomechanics.

It states that if the axis is pitched away from the norm, as described by Root and co-workers it will affect the triplanar motion of pronation and supination. In fact, there is a paucity of scientific evidence to show that a pitched axis is not simply a normal variation, but there is plenty of anecdotal evidence, which is not quite the same thing.

For clinical evaluation of patients, simple kinematic data are easy to record by smartphone or iPad. The equipment is cost-neutral for the many clinicians who already have one or the other at their disposal. Data can be evaluated against whatever we regard as normal, and it can be played back and shown to patients. However, it is often forgotten that all biological measurement is subject to diurnal variation. Diurnal variation naturally occurs due to biological variation which affects us over a 12-hour period, whereas circadian variation is the same naturally occurring biological variation but over a 24-hour period. The effect of circadian variation affects stiffness in metacarpophalangeal joints. This was found to have a marked increase, up to two or three times, in the resistive torques of male and female joints during the early hours of the morning (Yung et al 1984).

A commercially available gait analysis system showed how diurnal variation could affect the walking ability over the course of a day in thirty-one patients with RA (Backhouse et al 2014). In a study involving thirty-five high school students tested for maximal oxygen uptake (VO2max), post-exercise percentage of maximal heart rate, post-exercise body temperature, and post-exercise blood lactic acid level. Participants were tested between 09.00 and 10.00, and between 12.00 and 13.00, then between 16.00-17.00. Meal plans and resting schedules were controlled. The Investigators found a diurnal variation effect on endurance performance, as measured by significantly higher VO2max at noon (12.00-13.00) (Chin et al 2015).

Applying scientific measurement of frontal plane motion of the ankle joint complex, with a rig designed specifically to minimize tibial rotation, a known torque was applied to seven subjects at two-hour intervals over twelve hours (i.e 42 measurements in total). Statistical analysis showed significant, non-linear differences in measurement values in each subject. In one subject the difference between four measurements at two-hourly intervals, from13.00 to 19.00, was 16 degrees. In another subject, the difference between two measurements taken at 09.00 and 11.00 was 13 degrees. (Holland, 2002)

Showing a patient a video of improvement after some interventional procedure is not proof of the efficacy of the intervention. It could be argued that diurnal variation may have been responsible for changes in kinematics. Improvement in symptoms provides a more convincing argument of condition improvement. Inexpensive, sophisticated gait analyses, combined measurement of both kinetic and kinematic data may experience the same variable effects. Although useful, especially for assessment of gross gait dysfunction, quantified gait analysis, both kinetic and kinematic can only reliably provide a snapshot of gait for any given day. Nevertheless, by recognizing that diurnal variation is a phenomenon, we can, if we deem it necessary, factor it into our gait analysis results for more certainty about accuracy.

If Podiatry is light on good research to underpin treatment modalities, it is only following on from mainstream medicine. In 2016 ‘The natural selection of bad science’ was published, (Smaldino & McElreath, 2016). The authors argued that the overall number of papers, and how often those papers are cited by other authors (scientific publication metrics) tends to push the quantity of work over quality of work. Seamus O’Mahoney, a consultant gastroenterologist and author suggests that research after the second world war became an industry in its own right. In 1951 a new publishing company was set up by the infamous Newspaper Mogul Robert Maxwell. His modus operandi was to persuade prominent academics that there was a need for new journals in their field, then install the same academics as editors. By 1959 40 new journals were being published. By 1965 the number had risen to 150 (O’Mahoney S. 2019).

It seems that much research is carried out, not in the spirit of scientific enquiry, but to get a name into print – to publish by any means. Douglas Altman, a statistician said done for the right reasons, Altman, 1994. In 2015 the editorial of the British Medical Journal which contained this quote by Altman was voted the paper that the journal should be most proud of publishing by a poll of their readership. The bar for UK Podiatry is set by the Standards and Ethics Code of the HCPC, to which can be added the Standards and Ethics of whichever professional body/bodies the practitioner belongs to. In some cases, this bar is not set to a particularly high standard. While the criteria of normalcy have been discredited, there are elements that do make sense and can be justified scientifically, like the calcaneus everting to vertical, or just past vertical.

Conclusion if not reflection

Does diurnal variation really make a difference in our normal podiatric working day? It may, especially if we are using scientific-looking graphs and diagrams to show improvement. If we carry out an extra gait data collection at a different time of day to be sure of results, would that be such a bad thing? Diurnal variation is not necessarily linear. It does not simply depend upon cartilage compression, or ligamentous stretch, resulting in less stiffness or more stiffness as the day progresses.

In the field of MSK, the effects of diurnal variation are not predictable. Good research should and does underpin some of our current practice. It should be encouraged wherever possible. It is useful to have an insight into how the medical research industry operates. Recognising bad research is almost as valuable to our profession as recognizing and utilizing good research.  Differentiation in terms of good and bad research is, therefore, key to building a strong Podiatry profession for the future.

Other articles by David Holland at ConsultingFootPain

Evaluation of the UK Health Profession. A Clinician’s Perspective. 2019;2(3):16-21 David Holland
The Mysterious Case of the Shrinking Ligament

Thank you for reading ‘Engineering versus Biomechanics’ by David Holland